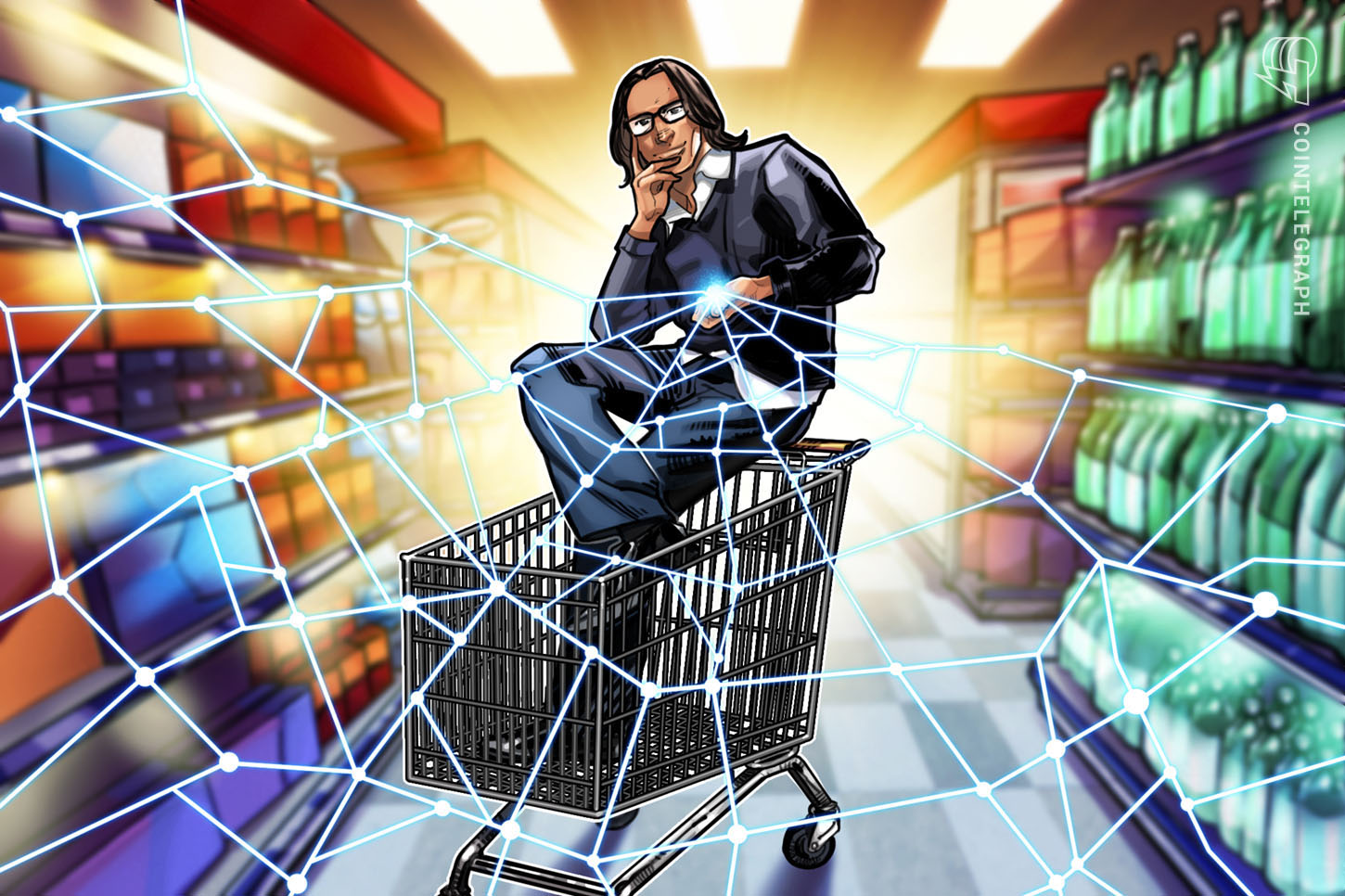 Recent statistics show that digital advertising spending worldwide will reach a total of $335 billion dollars in 2020. While impressive, the digital media landscape is rife with issues due to a lack of supply chain transparency. As a result, digital ad fraud increases annually. Even with automated advertising technology designed to efficiently power digital advertising on publishers’ sites, challenges persist.

In turn, advertisers are losing billions of dollars each year. It’s been estimated that advertisers lost $42 billion of advertisement spending globally in 2019. This year, revenue losses are expected to increase to over $45 billion due to supply chain inefficiencies and losses from the COVID-19 pandemic. By the year 2023, digital advertisers could see $100 billion in revenue lost per year.

Chad Andrews, the global solutions leader for advertising and blockchain at IBM, told Cointelegraph that blockchain technology can help address a number of challenges with the advertising supply chain, more specifically, provide transparency regarding where and whether adverts are being seen or not:

“Advertisers and their agencies need to deliver digital ads across many thousands of media properties, culminating in millions or even billions of delivered impressions. To achieve this at scale, a vast, complex technology ecosystem of intermediaries is needed. Blockchain’s unique ability to serve as a decentralized, neutral ledger for all fees and summary ad fulfillment data, as well as a platform for verifying identity, make it an effective solution for the problem of wasted ad spend.”

According to Andrews, the number of intermediaries involved in the advertising supply chain — including demand and supply side, data management platforms and online real-time bidding exchanges — creates complexities. Moreover, there are other intermediaries who use their own data to identify, buy, mark-up and resell advertisement inventory.

Andrews noted that these complexities and a lack of transparency make advertising much more expensive. “To get an ad onto linear television, advertisers pay around 2%–3% of each ad dollar for implementation costs. To get a digital ad on a website, advertisers may pay 25% or more,” he remarked.

Andrews noted that blockchain technology works to illuminate each vendor’s actions, fees and value-add while verifying their identity and other data. In turn, this can help ensure contracts have been fulfilled.

For example, Andrews mentioned that an advertisement contract may have custom terms for reaching certain audiences, appearing only beside brand-safe content and being viewable for a minimal amount of time. By collecting information from each vendor at the time of ad delivery, it’s possible to compile this information across multiple agencies, geographies and platforms. “For the first time, blockchain makes it conceivable that advertisers will only pay for what can be verified at time of delivery to be quality, authentic impressions,” Andrews said.

Blockchain technology in the real world

This in mind, blockchain technology has been slowly but surely starting to be applied to solve inefficiencies in the digital advertising industry. For example, AdsDax, a self-serve advertising platform, uses a blockchain to bring collaboration to the various parties involved in the advertising sector, including consumers.

Ryan Davies, the chief product officer of AdsDax, told Cointelegraph that the company is specifically looking to reduce fraud in the ad industry by leveraging blockchain technology to remove intermediaries in the advertising process while providing transparency through time-stamped and verified events:

“AdsDax uses Hedera Hashgraph’s distributed ledger technology to record ad events, such as performance data and ad inventory, to an immutable, verified ledger. Advertisers can then view these time-stamped events to audit the information from their campaigns in real time.”

Davies noted that while this seems like a relatively simple feature, it provides an opportunity for advertisers that had previously not been able to access performance data in real time: “Events coming directly from a user’s device and going straight onto a ledger is a massive boost of trust in companies’ data.” He went on to add: “As of Aug. 19, we have tracked over 1.2 billion ad events on the Hedera Hashgraph mainnet, executing over 239 million transactions and are averaging 1.3 million transactions a day.”

AdsDax is also looking to incorporate capabilities to reward users with cryptocurrency for sharing their data with advertisers. In addition, new features are being implemented to ensure that consumers have more control over their data. Such features are also being demonstrated by the Brave Browser, which uses its Basic Attention Token (BAT) to reward users for viewing advertisements on the platform. Brave Browser has been met with success, as new research from blockchain analytics firm Flipside Crypto showed BAT to be the most used ERC-20 token in the DeFi sector from June 19 to July 2.

New blockchain solutions are being developed

In addition to platforms like AdsDax that are already logging transactions, new blockchain solutions are being built to solve the ongoing challenges facing digital advertising. For example, on Aug. 20, MadNetwork, a custom-built blockchain for enterprises in the advertisement tech space, announced additions to its product roadmap.

Adam Helfgott, the founder of MadNetwork, told Cointelegraph that MadNetwork was launched in 2018 on the Ethereum blockchain to create a series of products and partnerships that would reshape the relationships between consumers and advertisers. However, due to the ever-changing digital advertising landscape, Helfgott explained that new capabilities were needed in order for the network to scale:

“MadNetwork released a new white paper outlining plans for a layer two sidechain on Ethereum. Basically, the network uses Ethereum for security purposes. But we realized that lots of the foundational pieces needed were not available in Ethereum. For example, data availability is a big piece element of the advertising world, and it’s expensive to write data on Ethereum.”

Helfgott explained that the new solution being developed will serve as a verifiable data source for enterprises, providing key features such as data expiration and garbage collection.

According to Helfgott, the MadNetwork token, known as MAD, is used to secure space for data storage and enables smart contract executions on the network. Miners are paid to stake tokens for storing data and to garbage collect when the stake expires.

Helfgott further noted that a company’s digital identity is represented by a public or private key that secures various digital assets, or data. “So, if a broadcaster wants to transact in this network, they would need to run a node and produce keys for their digital assets,” he mentioned.

AdLedger is a nonprofit consortium working to build open technical standards for the application of blockchain and cryptography for media and advertising. It has been working to define the rules of good and bad behaviors demonstrated by various digital identities as part of the group’s forthcoming open standard on top of the MadNetwork. This ensures that fraudulent behavior isn’t exhibited by network participants.

Christiana Cacciapuoti, the executive director of AdLedger, told Cointelegraph that because AdLedger codifies rules to govern a company’s digital identity, a standard is created for how public and private keys are issued and eventually submitted through the digital advertising supply chain.

Cacciapuoti further mentioned that a major partnership is in the works to demonstrate how MadNetwork can be used to combat ad fraud, eliminate intermediaries and create better supply chain transparency.

While it’s clear that blockchain technology can bring much-needed transparency to the digital advertising sector, real-world use cases that incorporate crypto may eventually drive mainstream adoption.

Davies mentioned that while the biggest hurdle for AdsDax was creating a technology fast enough and cost-effective for enterprises to leverage, the next step for mainstream adoption will be through cryptocurrency. He explained that as people start to use crypto in their everyday lives, the opportunity to replace fiat payment elements has come about: “Features in development for the consumer element of our platform, which rewards users with cryptocurrency and provides users with ways to use that currency for real-world goods and services, is a massive step in the right direction.”

Echoing Davies, Helfgott mentioned that the crypto industry is currently experiencing a second wave of innovation, which may provide enough reasons for institutions to adopt cryptocurrency. In turn, new features to move value digitally will become a growing concept in the digital ad space. “We think the advertising space can ultimately build out the foundational pieces of mass adoption for blockchain,” he said.