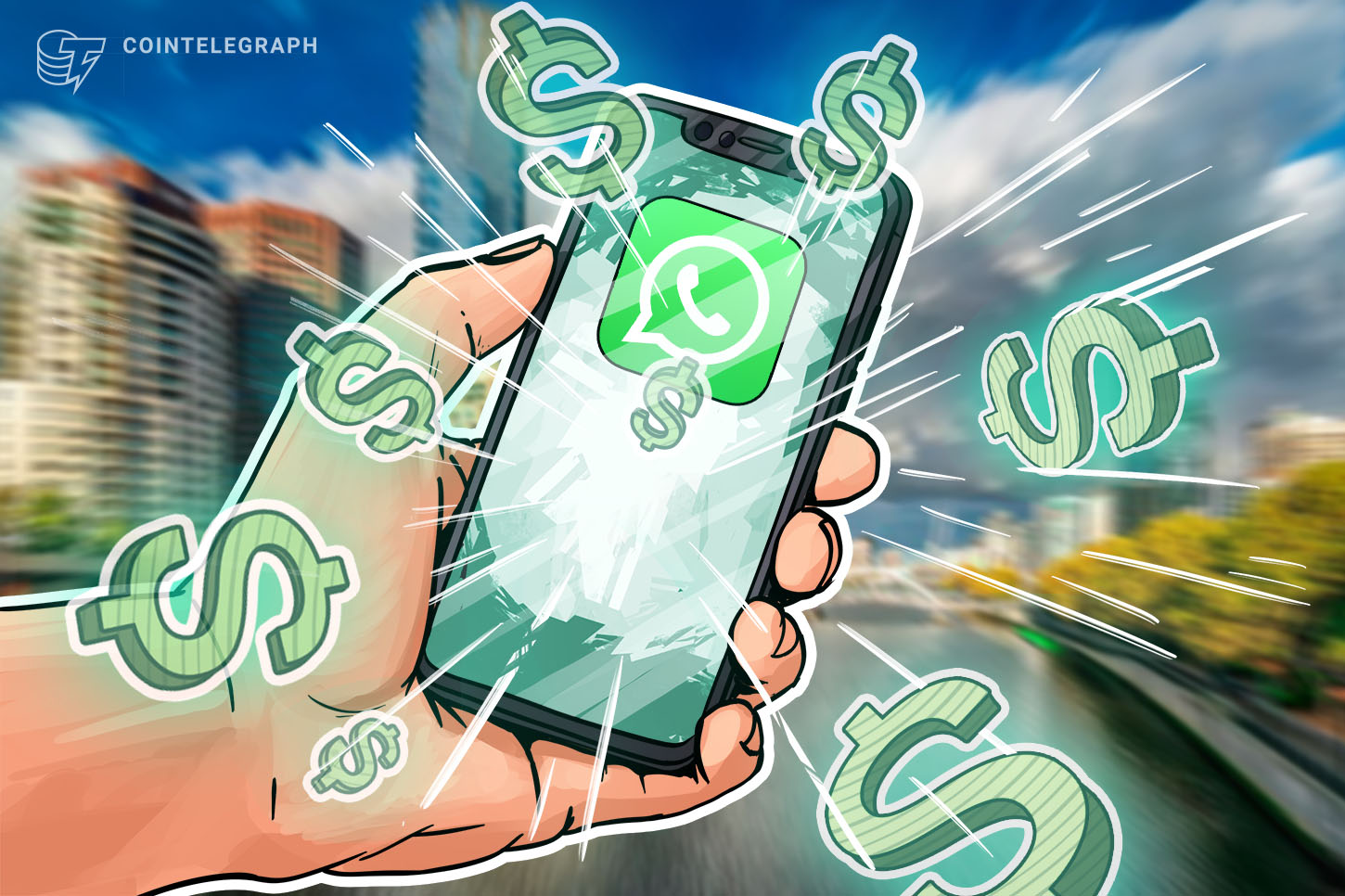 WhatsApp has premiered fiat electronic payments on its platform, with Brazil becoming the first country to experience a nationwide release.

According to a statement released by WhatsApp earlier today, users who have Visa and Mastercard debit or credit cards from Banco do Brasil, Nubank, and Sicredi can now attach instant payments to their messages.

WhatsApp is reported to have over 120 million users in Brazil, or roughly 57% of the country’s entire population.

While the official press release does not mention any jurisdictions other than Brazil, Facebook CEO Mark Zuckerberg said on his personal page that more countries are expected “to come soon.”

As the company has stressed in the past, Facebook Pay “is built on existing financial infrastructure and partnerships,” and is not related to the Novi (ex. Calibra) wallet which will run on the Libra network.

WhatsApp might use different payment systems for fiat electronic payments in different countries. In India, where the messaging giant has reportedly been testing in-app payments for months, WhatsApp is aiming to use a locally developed solution called UPI, supposedly due to pressure from domestic regulators.

Nonetheless, WhatsApp is still expected to support Libra Coins at some point in the future. Unlike nationwide WhatsApp fiat payments in countries like Brazil and India, Facebook has been marketing Libra as a global solution for the unbanked.

According to a May press release from Novi, a Facebook-owned digital wallet, it will be integrated into WhatsApp once it is released, supporting payments in in-house stablecoins like LibraUSD, LibraEUR, Libra GBP, as well as a multi-currency coin called LBR.