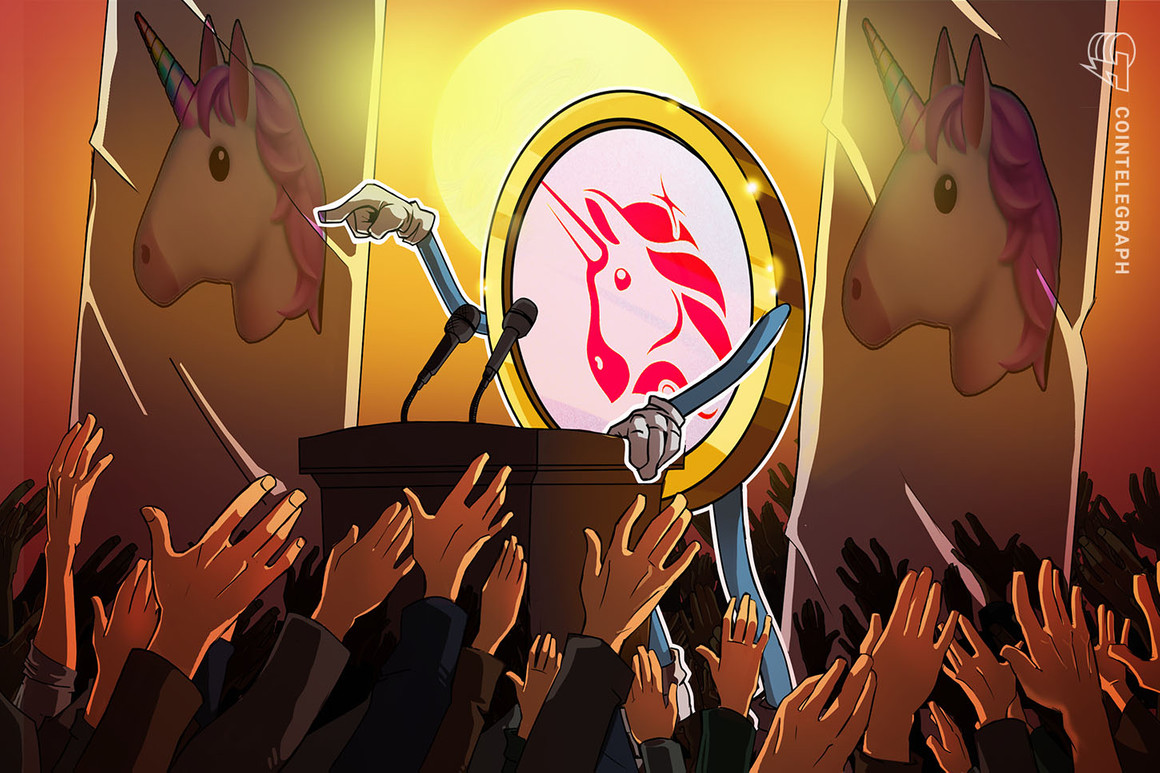 Unsiwap creator Hayden Adams has taken to crypto-twitter to source feedback on how the DEX should allocate its $500 million governance treasury.

With Uniswap’s native UNI token currently trading at $9.30 after rallying to break its previous all-time high of $7.10 last week, the vested share of Uniswap’s warchest is now valued at more than half a billion dollars.

“What are some of the most impactful ways governance can allocate this UNI?” Adams asked the community.

What are some of the most impactful ways governance can allocate this UNI?

Adams received a variety of suggestions, including a request for a second UNI airdrop to recent Uniswap users, a call for 90% of Uniswap’s governance tokens to be burned, and tongue-in-check proposals for the funds be invested in hiring the “shilling” services of various Twitter-users.

Start a VC firm called “Uniswap Ventures” and invest that money into new crypto projects. Once that $500M becomes $500B, we can buy space shuttles and organize space tours for lucky uniswap users.

DeFi commentator Samuel Shadrach asserted Uniswap shouldbuy up a majority share of SushiSwap’s supply and try to force a merger between the two platforms.

That would be a big balls play lol. Buy up 51% of Sushiswap’s MC and force a merger of the two.

In September, Uniswap suddenly unveiled its native UNI token, with 43% of the token’s one billion supply retained by the project’s governance treasury for distribution over “an ongoing basis through contributor grants, community initiatives, liquidity mining, and other programs.”

In its four year token release cycle, the protocol will vest to the governance treasury on a continuous basis starting at 40% of the total allocation of 430 million UNI in the first year and reducing to 10%, or 43 million UNI by year four.