Crypto influencer Tone Vays has come under fire on Crypto Twitter following a mix-up over a  tweet that appeared to show him ‘getting a laugh’ out of the sucide of a 20-year-old Robinhood trader.

On June 17, the Bitcoin trader behind The Financial Summit hit reply to a comic “this is business” meme video posted by Twitter user Cryptanzee that was poking fun at him for charging $3000 for his options trading course. 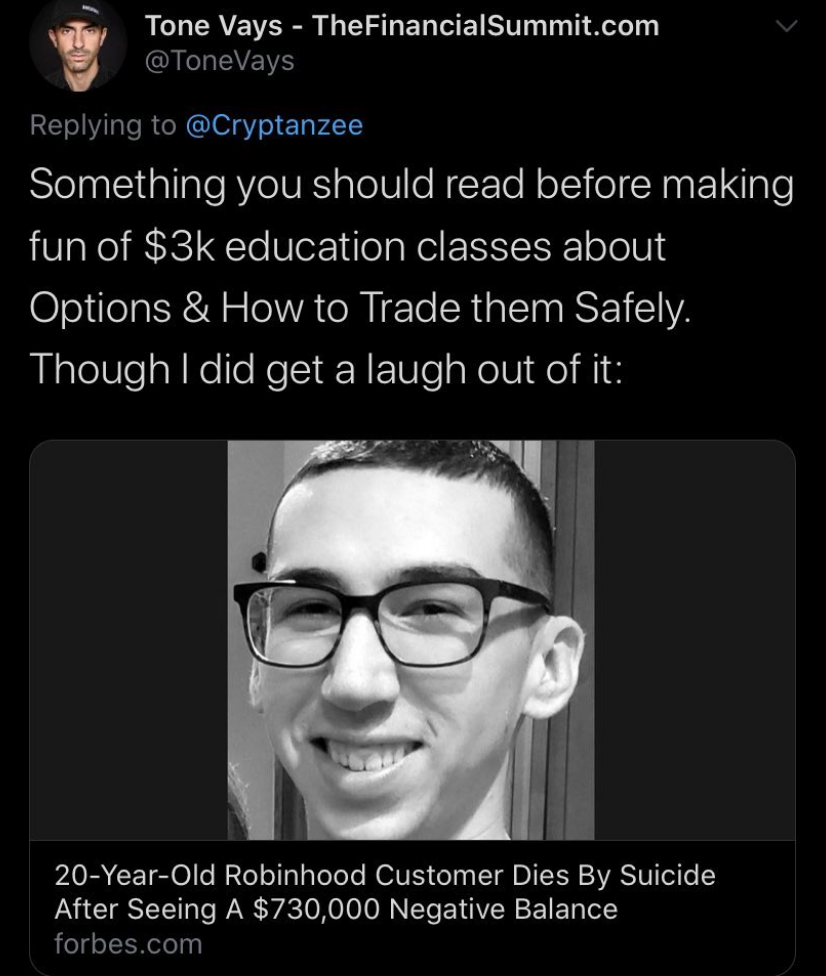 Vays linked to a Forbes article about Alexander Kearns, a 20-year-old customer of stock and cryptocurrency trading platform Robinhood who committed suicide on June 12 reportedly after seeing a negative balance of more than $730,000 in his account. 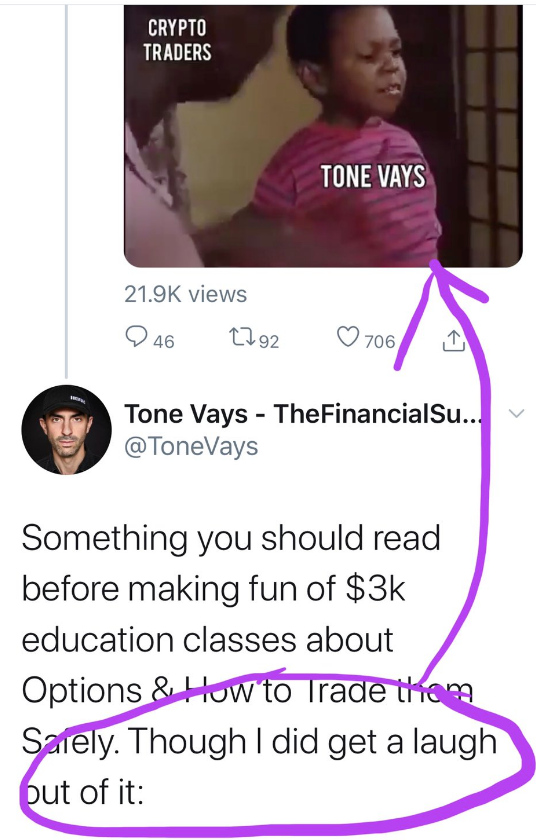 Vays deleted his original response and posted this reply with the same Forbes article:

“While the meme did make me laugh at the time. Unfortunate situations like this is why people need to take their time educate themselves before they trade.”

Cointelegraph reached out to Vays and he issued a public apology. “I sincerely apologize for the tweet — it was wrong of me to send it,” Vays said.

“I have made lots of enemies in this space that will continue to use [the screenshot of the tweet] to demonize me for the rest of time, but those that actually know me, know I did not mean what is being promoted. Since becoming a public figure in 2014, I have done my best in educating people about the risks and dangers of trading while teaching them how to do it safely in order to prevent these kinds of tragic stories.”

However, some social media users who recognized his original reply was not meant to  mock Kearns, still objected to Vays citing the story to promote his options trading course.

“I agree that that’s probably what he meant, but using a suicide of a kid who didn’t understand options is still a shit defence for charging $3k for his course,” said Twitter user CrazyBlade.

Market analyst Mati Greenspan, who is friends with Vays, called Vays’ response to the story “less-than-sensitive” in his newsletter today.