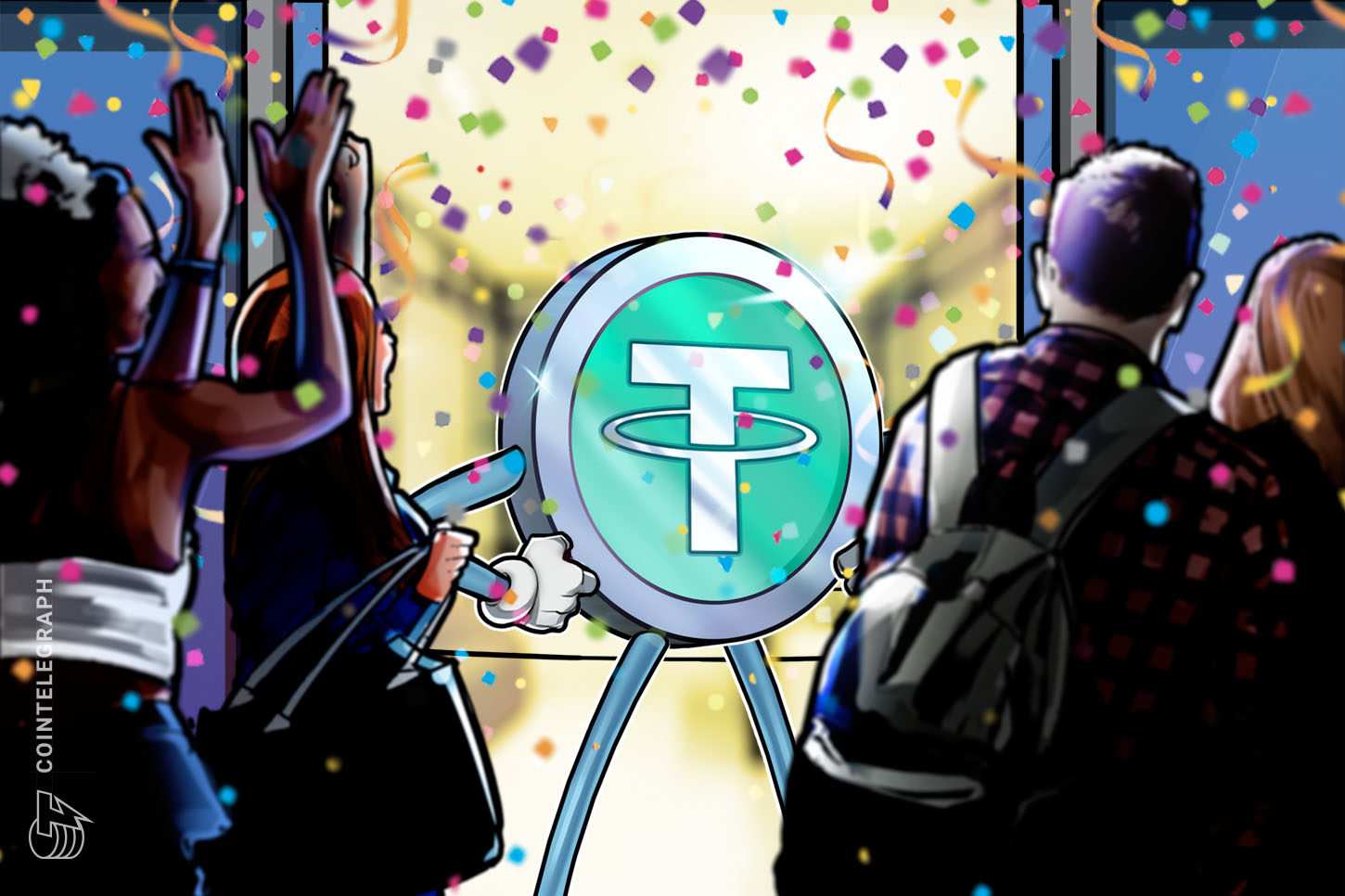 Tether (USDT) has reached a market capitalization of more than $10 billion as of July 22.

The milestone was announced by Tether and also seen through the market price aggregator CoinGecko.

Tether’s issuance has seen a significant growth in 2020, doubling from $5 billion in just five months since March 2020.

Cointelegraph previously reported that a relevant portion of this growth comes from existing fiat on exchanges being transformed into USDT.

Tether and Bitfinex CTO, Paolo Ardoino, recapped some of Tether’s achievements during its growth.

Tether transfers currently account for a majority of transactions and value on many of the chains where it is available. As Cointelegraph reported previously, it is one of the largest gas consumers on Ethereum with over $6 billion USDT existing as an ERC-20 token.

The next largest Tether host is Tron, holding over $2.8 billion USDT — more than 2.5 times the market capitalization of TRX. The original Bitcoin (BTC)-based USDT on Omni comes third, with $1.3 billion according to Tether’s transparency page. Other protocols like EOS, Algorand and Liquid seem to be less popular, with the largest presence being on Liquid at just $17 million.

Ardoino also noted that Tether invests in startups and scaling solutions that share its “values and vision.” Notably, it is funding RGB, a protocol to bring tokenized assets to the Lightning Network.

Tether is currently the leading non-governmental stablecoin as its crypto competitors continue lagging behind under most metrics.

A potential threat to its dominance could come from central bank digital currencies, which would be issued by government-backed institutions to replace the existing fiat system.

However, Cointelegraph previously reported that the company sees CBDCs and Tether coexisting, citing Tether’s multi-platform nature. Some other experts agree, noting that the two types of stablecoins are likely to have different purposes.

Some also point to the extreme level of government surveillance expected on CBDCs, seeing crypto-native alternatives as a way of evading prying eyes. However, it is worth noting that Tether, like other centrally-issued stablecoins, has a freeze feature that can be activated upon the request of law enforcement.