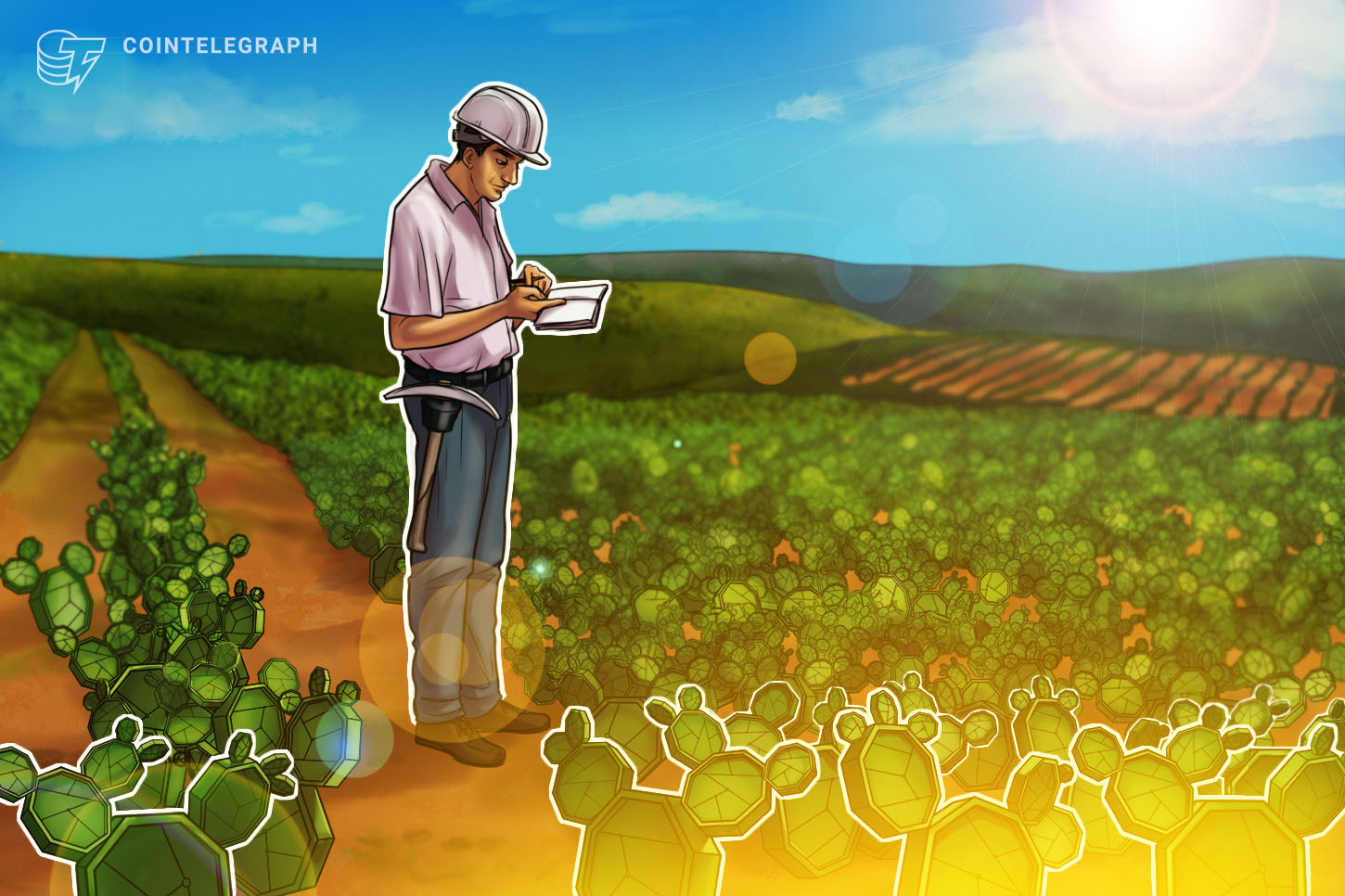 The latest craze in the DeFi sector is a new yield farming protocol called Yam which promises ‘equal opportunity’ staking with no premine, no founder shares, and a zero value token at launch.

The experimental Yam Protocol is the talk of Crypto Twitter right now — with many excited about the big potential returns, while others worry about the risks. The recently launched project offers an elastic supply token, similar to Ampleforth, that can expand and contract depending on market conditions, with the aim of seeking eventual price stability and a peg to the USD.

Yam will reallocate a ten percent portion of each supply expansion to buy a high-yield dollar denominated stablecoin called yCRV in what it terms a ‘rebase’. The tokens will be added to the treasury which is controlled via Yam community governance.

Similar to Yearn Finance when it launched its native YFI token, the official blog post claims that the tokens will have no value at launch.

“We have built Yam to be a minimally viable monetary experiment, and at launch there will be zero value in the YAM token.”

Following the monumental gains made by YFI, which surged thousands of percent into four figure prices, some in the crypto community are skeptical of similar tokens cashing in on the hype. Shapeshift CEO, Erik Voorhees — who admits he doesn’t understand how Yam works — wondered if it was a pump and dump scam.

$YAM looks like a scam… or to be more charitable, fairly transparent pump and dump nonsense.

Projects like this are not going to be good for defi…

What am I missing? Are the buyers willing participants in a silly game, or are people alleging actual value?

With no premine and no token sale, YAM tokens are distributed evenly across eight staking pools on the top DeFi protocols including COMP, MKR, LEND, YFI, LINK, ETH/AMPL, SNX, and wBTC. Holders of any of these assets can stake them on Yam’s platform to start earning YAM tokens for the first week.

With a total supply of 5 million tokens, the initial launch occurred on August 11 at 19:00 UTC when 2 million tokens were divided equally among the eight staking pools. Following this, a further 3 million tokens enter the YAM/yCRV Uniswap v2 liquidity pool with 1.5 million distributed in the first week, decreasing by 50% each week after, the blog post added.

⚠️Providing liquidity for other Uniswap pools is dangerous

Staking to earn will only be available for seven days, and following the completion of this distribution users will be able to deposit their YAM tokens into Uniswap as liquidity to participate in the longer term ecosystem.

The next week could be interesting for Yam Finance, if it generates the same frenzy that Yearn Finance did with its YFI token. But history suggests that sooner or later speculators on hyped-up new projects are likely to get burnt, as many did during the ICO bubble of 2017.