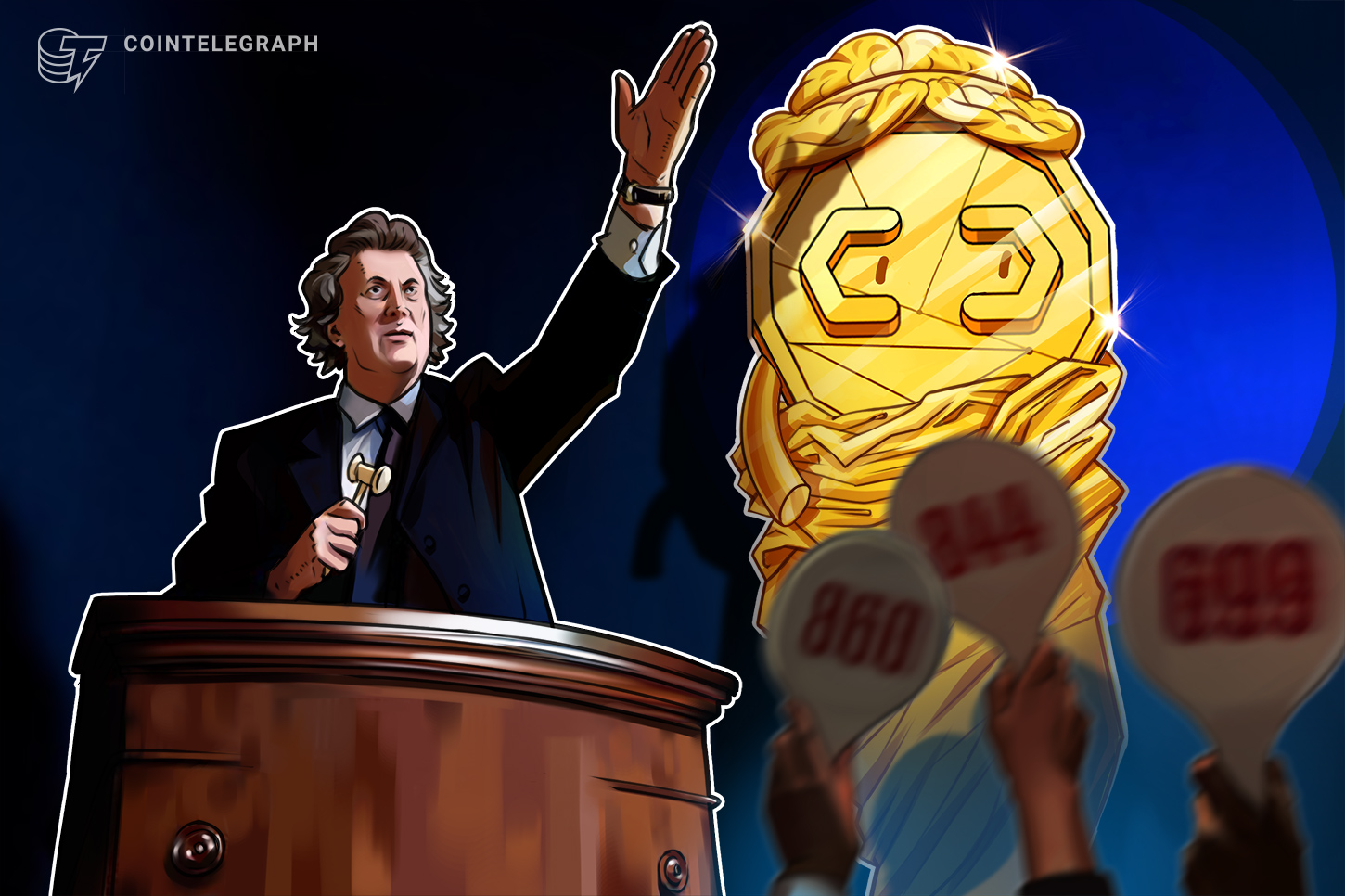 Early-access began on Dec. 7, with a number of special auctions featuring works by well-known digital artists being run to celebrate SuperRare Auction Week.

Full public access to the auction features will become available on Dec. 14.

The two new formats are Scheduled Auctions and Reserve Auctions, which are carried out fully on-chain, meaning auctions are non-custodial, secure and tamper-proof.

Both the artwork, in the form of a nonfungible token, and the highest bid are held in a smart contract on the Ethereum blockchain for the duration of the auction.

As the name implies, scheduled auctions are given a start and end date and time, and, optionally, a starting price.

Once an auction is scheduled on a piece of artwork, it displays a timer counting down to when bidding will begin. SuperRare notifies the seller’s followers.

When the auction starts, the countdown timer switches to display the time remaining. Bids made during the auction cannot be cancelled, although if a bidder is outbid then their bid is returned from the smart contract.

Once the auction is finished either the seller or highest bidder can settle the auction, which releases the artwork and highest bid from the smart contract and transfers them between buyer and seller.

Reserve auctions work in a similar way, but rather than a start date the seller chooses a reserve price, which is displayed on the artwork. Once this reserve price is met a 24-hour timed auction is triggered.

Bidding and settlement is the same as in scheduled auctions, including bids in the last 15 minutes extending the time.

SuperRare CEO John Crain foresees the auction functionality opening up interesting possibilities for decentralized finance. A user could perhaps take out a loan on an NFT held in an auction smart contract based on the highest current bid.

As Cointelegraph reported in August, SuperRare has seen explosive growth in both the number and values of NFT artworks sold through the platform this year.

The addition of these two timed auction formats should make the processes of buying and selling through the platform easier, more fun and more profitable.