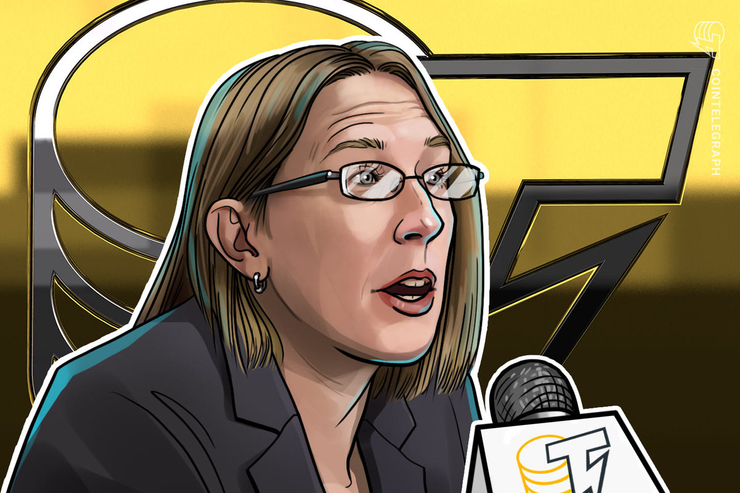 As one of five commissioners of the United States Securities Exchange Commission, Hester Peirce is at the forefront of securities regulation in the country today. Of interest to Cointelegraph’s readers, her positivity toward the future of cryptocurrencies has earned her the moniker “Crypto Mom.”

Backdropped by recent efforts to update exemptions from security offering registration, as well as an ongoing tug-of-war with legislators as to how to handle crypto, Commissioner Peirce sat down with Cointelegraph to discuss recent changes in regulatory approach and what to look for in the next.

On Dec. 18, the SEC announced a series of proposed changes to their classification of “accredited investor,” a designation based on certain income and/or knowledge requirements. The basic concept of an accredited investor is a person who can fend for themselves when it comes to the risk associated with early-stage investment — which can involve sifting through murkier business practices but also higher potential rewards.

Accredited investors are allowed to participate in securities offerings exempt from SEC registration requirements under Regulation D. Any change to accredited investor status potentially opens the field of early, private investment to a new segment of people.

In the case of crypto, this is particularly meaningful given the ongoing controversy surrounding whether to treat initial coin offerings (ICOs) as securities offerings or not. In famous cases like block.one’s EOS or ongoing proceedings against Telegram’s stalled $1.7 billion sale of TON tokens, the SEC has pursued offerings that the parent firms argued were exempt from registration requirements. The proposed changes to these requirements are critical to future ICO offerings.

While Commissioner Peirce said that she looks forward to comments on the proposed changes — which include, among other things, accreditation on the basis of demonstrated knowledge — she also expressed broader ambitions: “We’re not really asking the fundamental question, which is, is this even a good framework to have?”

Peirce’s attitude reflects the general libertarian bent of her comments on the government’s role in protecting investors, including a preference for “regulatory humility” on display at a hearing before the House Financial Services Committee in September. Speaking with Cointelegraph, she went on to explain the SEC’s current search for comment as a small part of a larger project:

“The accredited investor is just one piece that we pulled out of it. That doesn’t mean that we’re not going to do anything with the rest of it. There’s interest — at least from me — in trying to see if we can do something to try to harmonize the exemptions. That’s a big project.”

Regarding her broader hopes for the direction of securities law and investment, the commissioner wanted to see more acceptance of the risks inherent in investing, saying “with liberty comes responsibility.” Peirce’s logic was that accreditation is a status suggesting that an investor can accept risk, which she is open to expanding as long as it is not treated like a guarantee:

“If you come in and you say ‘well Hester, I’d like to invest in a broader range of things, I’d like to have access to private offerings,’ I would say to you, I agree with that objective, that you should have the liberty to make decisions about where you put your money, but you should do so understanding that there is a risk any time you invest — in the private markets and the public markets — so you could lose your money.”

As Cointelegraph reported, the SEC hosted meetings on the subject of harmonizing existing exemptions, which currently operate in an extremely complicated and opaque manner as Peirce noted, “those are things that have built up over a long period of time.”

Regarding crypto specifically, Peirce was open-minded about needing a reclassification. “A lot of this space is really about people who are purchasers of tokens and may not be investors at all,” she said. “Folks who want to invest in a project may well not qualify as accredited investors under the existing exemptions or the current proposal.”

The prospect of a specific ICO exemption to securities law is a pipe-dream. However, Peirce was interested in reconfiguring existing regulations to embrace emerging financial technologies, including crypto. A distinction she drew that resembles the Token Taxonomy Act currently circulating in Congress is between coins that represent an investment in a company and therefore are securities and those tokens that serve more for utility purposes:

Peirce was, however, optimistic about the industry’s ability to come up with creative solutions. “One of the things I really like about this whole space, the crypto space is that it’s people coming together in a new form of civil society,” she said, elaborating:

“They’re working together and they’re taking responsibility for their actions. So don’t then look to the government to try to be your savior or your rescuer, because then you don’t really look that different.”

Looking to Congress for direction and choreography

Despite her optimism about crypto’s future, at several points the commissioner re-iterated that the SEC alone cannot provide crypto with all of the answers. This is an ongoing standoff that Cointelegraph wrote on back in September.

On the subject of the Token Taxonomy Act, Peirce sidestepped direct comment, saying “I’m familiar with it but that’s above my pay grade because that’s legislation, so I’m very happy that there are people in Congress who are interested in this area.”

Peirce pointed to Congress’ ability to supersede SEC frameworks as they did with the JOBS Act of 2012, which among other things included crowdfunding provisions that greatly expanded previously neglected Regulation A exemptions. The suggestion was not only that there was a limit to what the SEC can do, given its charter, but also that they too need to be able to operate with faith in their legislative backing.

A broader congressional issue that was central to Peirce’s thoughts about the future was the need for better choreography between regulatory bodies, many of which were formed to solve the problems of the Great Depression. “A lot of the issues among agencies have really deep historical roots,” said Peirce. “As you see positive things and clarity coming out of individual agencies, there’s going to be a real need for coordination among agencies.”

Peirce’s conclusion? “At the end of the day, it’s probably going to be a necessity to have some congressional encouragement.” What form that would take, she did not specify, but she did emphasize that agencies had been working together better in recent years despite their historical friction.

One subject that Commissioner Peirce was remarkably evasive on was the SEC’s prosecutions and settlements within the crypto industry. In response to a question about the motivations for pursuing Telegram or other issuers of new tokens, Peirce adamantly denied that the dollar amount of these ICOs was the main motivation for the SEC to take action against them. She said, “people shouldn’t read too much into those kinds of questions, because you don’t know what the whole landscape is of what we’re doing,” continuing:

“One thing that drives me crazy in this space is that people who are watching our enforcement program are drawing all kinds of conclusions, many of which I would question […] My advice to people is always, you need to focus on what your project is and what you’re doing and whether it is consistent with the law.”

Certainly not the most helpful of advice for people who have already made such offers, especially given how slow the SEC has been to respond to organizations looking for no-action letters on their proposed offerings.

In a case like Telegram’s, the firm alleges that the SEC was irresponsibly slow to respond to a filing for a Regulation D exception. Peirce acknowledged that she had heard complaints about the SEC’s response time, saying “that certainly is a concern that we do hear a lot. That’s fair.” And though she declined to comment on the ongoing case of Telegram, she indicated that she was more interested in pursuing genuine bad actors in the crypto world rather than ICOs issued in good faith:

“Obviously, all of us know that in this space there’s been a lot of terrible stuff that’s happened, there have been a lot of people who have put up their little shingle that said ‘I’m doing an ICO, I would like you to send me money’ and then run off with the money.”

However, it is unlikely that those looking to issue ICOs will rest any easier, given the opacity of the SEC’s current standards.

When asked about the prospect of using changes to current exemptions as a basis for overriding existing court cases, the commissioner said “no, typically, changes apply only prospectively.” That’s especially bad news for Telegram, whose legal battle with the SEC will likely extend past the period of public comment on new investor exemptions.