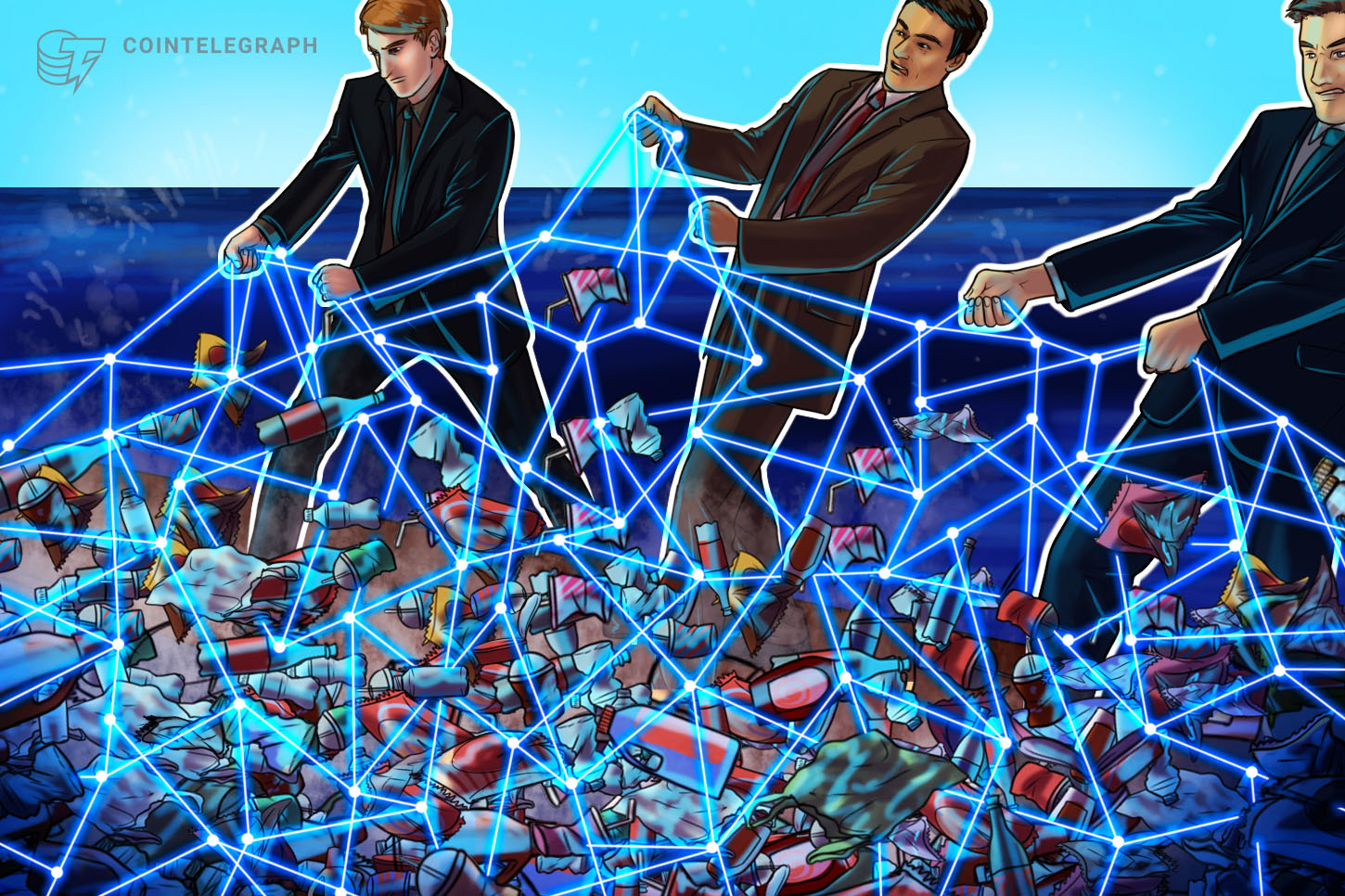 Although recycling may seem like a relatively simple concept, the plastics recycling supply chain proves otherwise. From understanding which plastics get recycled to determining the quality of those plastics, these issues and more are resulting in lower recycling participation rates.

Statistics show that by 2024, the global recycling market is expected to reach $377 billion. However, plastic waste management has become an issue severely impacting today’s environment. For example, the United Nations estimates that about 300 million tons of plastic waste is produced globally each year. Unfortunately, only 9% of that is recycled. U.N. findings further show that about 12% of waste is burnt into ashes, while the remaining 79% accumulates in landfills, dumps or the natural environment.

Stan Chen, CEO of recycling platform RecycleGo, told Cointelegraph that the recycling business is “plagued with ineﬃciencies, a slew of stakeholders, and a lack of digital data.” In addition, he believes that what stops the industry from growing is “a need for greater supply chain visibility for better decision-making.”

While it’s clear that recycling systems are rather insufficient, Chen noted that much of this stems from the notion that there isn’t enough consumer education or incentives for citizens and businesses to recycle. On increased transparency in the recycling supply chain, he also noted:

“The more visibility you have in any kind of supply chain, the more you’re able to engage in enterprise resource planning, including pricing and purchasing decisions and inventory management, which has a direct impact on protecting your margins and ultimately your value creation as a whole.”

Manager of communications at the Blockchain Research Institute, Noah Lehman, co-authored a report that was shared with Cointelegraph titled “Transforming Plastic Pollution Using Blockchain.” The document states how blockchain technology can support a more equitable and sustainable plastics business by bridging the gap between packaging items and the parties that use it. In addition, Lehman explained that blockchain allows parties to share information securely without intermediaries.

This in mind, RecycleGo — which, according to Chen, is responsible for handling a million pounds of recyclables per month — has partnered with enterprise technology firm DeepDive Technology Group to leverage blockchain for supply chain transparency.

Although still in development, Chen explained that the first phase of the project will allow supply chain participants to identify the entire history of a specific plastic bottle. He noted that collaborators will be able to determine when a plastic bottle was created, collected, converted back to its raw material form and finally shipped back to the manufacturer to make another plastic bottle.

CEO of DeepDive, Misha Hanin, told Cointelegraph that data being generated in the plastics recycling industry is extremely fragmented, often incomplete, and difficult to access. In turn, blockchain provides a great solution for efficiently sharing secure data across different parties without intermediaries.

Hanin mentioned that the blockchain product RecycleGo leverages is powered by the open-source framework, Hyperledger Fabric. A combination of IoT sensors and QR-codes will also be used to collect data from the point of manufacturing. All of the data will be uploaded and recorded to the blockchain ledger. Hanin said:

“We collect everything that has value from the point of manufacturing. For instance, the geo-location of the bottle. Whatever we’re doing to capture any data, whether it’s immediately relevant or not, it’s placed on the blockchain as irrefutable documentation that can’t be edited.”

Once data is collected and recorded on the blockchain, all participants with permissioned access can view that information through a web portal, API access or in other ways. “We’re currently in discussions with some of the largest international household brands in the world regarding the best way to do this,” said Hanin. He further noted that RecyleGo is currently trialing its blockchain product, which is open to a number of participants:

“We are building this blockchain not just for RecycleGO, but for everyone who wants to be a part of this network. Our goal is to take recycling rates from around 8% to 100% moving forward.”

Moreover, Chen predicts that those taking part in the first phase of RecycleGo’s blockchain trial should expect to see 15%–20% in cost savings from supply chain optimizations.

In addition to providing supply chain transparency, blockchain can help incentivize businesses and consumers to properly recycle plastics. For example, Cointelegraph previously reported on a startup called Plastic Bank, which has a number of recycling centers based in coastal, underserved communities like Indonesia or Brazil.

One of the ways Plastic Bank ensures a circular economy is by providing incentives through digital tokens. For example, when recycling companies bring plastic to one of the Plastic Bank centers, digital tokens are issued via smart contacts on mobile devices. Each transaction that takes place is then recorded on the permissioned, open-source blockchain platform, Hyperledger Fabric. Plastic Bank then sells its recycled “social plastic” to consumer good manufacturers.

Agora Tech Lab is also using blockchain to control waste management by creating a circular economy. The Netherlands-based company is running a demo-version of its waste management system on the Ethereum public blockchain. Using a mobile app, participants are able to record when they bring waste to recycling centers. Digital tokens are then issued as rewards that can be exchanged for public services.

Will the recycling industry welcome blockchain?

While blockchain may provide a possible way to transform the recycling industry, adoption could prove challenging. According to Chen from RecycleGo, as with any technology, there will be early adopters, but the recycling industry generally falls into the category of late adopters. However, he pointed out that if recycling companies can generate revenue from applying blockchain without too much of a learning curve, they will eventually want to use the technology.

Chen further noted that RecycleGO is forming collaborations with international household brands, many of which have publicly pledged to reach 25% recycled content by 2025, adding: “There is a market that wants more recycled material, but we currently don’t have enough content to support it; consumers simply are not recycling enough.”

Lehman further noted that while a number of blockchain-based projects have emerged in the recycling space, “these projects need a change champion with global reach and clout to really move things forward.” Although this is the case, Lehman explained that the blockchain community can help support this change through innovative use cases and financial infrastructure to support digital collaboration within the waste sector.