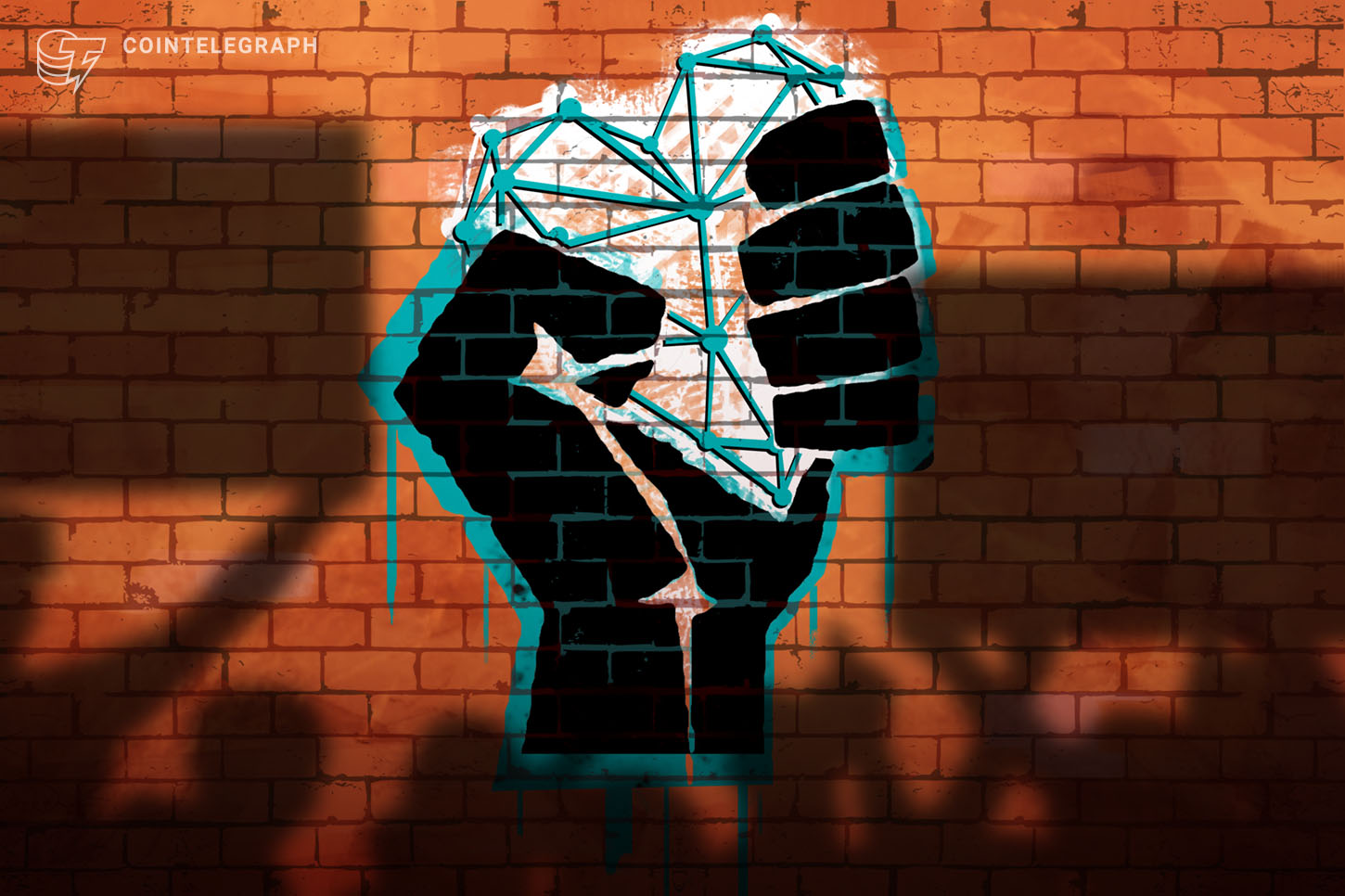 The crypto community was rightly aghast at the “Bitcoin Will Save Us” poster donned by a protester against racial injustice in Dallas last week.

It was a tasteless and inappropriate — albeit well-meaning — attempt to impose a crypto narrative onto a decidedly non-crypto, and much larger, story.

The crypto community’s heart is in the right place

The United States protests against racial discrimination that erupted after George Floyd’s tragic killing at the hands of police have also garnered broad support from the crypto community, both on Twitter and likely also on the streets.

And so it should. The industry that has grown up around cryptocurrency has roots in anti-establishment politics, civil liberties and economic justice. It is also a diverse ecosystem of actors: developers, scientists, academics, businesspeople and journalists from around the globe. Crypto has the potential to be a truly multiracial, diverse and multidisciplinary endeavor.

But more importantly, many crypto leaders have expressed support for the ideals behind the “Black Lives Matter” movement because oppression of, and violence toward, one group among us is, or should be, an affront to us all. It echoes the famous words that Martin Niemoeller penned after the Holocaust: “First they came for the Communists and I did not speak out…”

Blockchain technology brings a great deal of promise for the marginalized, the un- and underbanked, and those who have suffered at the hands of institutionalized discrimination, especially in the finance sector.

But just as now is not the time to declare Bitcoin the savior to the situation in which we find ourselves, it is also not the time to claim that blockchain technology is a panacea to all of society’s ills.

No, blockchain is not the answer to racial injustice

Blockchain technology has a range of use cases. Some of those are already being implemented. Others are still not fully developed. From financial technology to supply chains, provenance, elections and identity management, distributed ledger technology is a truly disruptive innovation that can drive efficiencies in a number of areas of our lives.

But it cannot reverse centuries of social injustice, it cannot change human attitudes and it cannot resolve all conflicts. It can help humanity do many of these things. But the will to draft change must be of human origin.

Not only is it not the time to proclaim blockchain as the solution to the systemic racism that led to protests and riots in the U.S., but it is also not the time to be trying to squeeze a blockchain narrative into an issue that goes to the heart of humanity itself.

Imposing blockchain-based solutions, for example, on the records of violent incidents that ex-Minneapolis police officer Derek Chauvin had been involved in during his career would not have prevented him from killing Floyd. Chauvin’s history was well established and well documented.

The DLT future looks bright, but now is not the time and place to advocate for it

The blockchain movement has yet to fully mature. No doubt it will be at our side as we struggle to right past wrongs and recreate a more just and equitable, and hopefully less violent, world.

As we progress toward the future that blockchain technology can help us create, open finance and sovereignty over our own identities will generate benefits for those whom legacy systems and institutions have failed.

But while blockchain may be a much-needed change agent, the real drivers of change will be society itself. Policymakers may be forced to reckon with the consequences that the immutability properties of a distributed ledger will bring to bear. But they will not listen to a decentralized ledger. They will only listen to their human constituents.

Blockchain can record incidents of police brutality. It cannot prevent them.

Blockchain can record your vote. It cannot vote for you.

And the Floyd family deserves more than a “software is eating the world” response to the horrendous killing that sparked the protests. After all, we are all oracles of the annals of humankind.

All of us in the blockchain community are proponents of the potential for DLT to solve many problems our economies and societies face. But blockchain cannot solve everything. It certainly cannot save us from ourselves.

Only we can do that.

Paul de Havilland is a fan of disruptive technology and an active investor in startups. He has experience covering both traditional and emerging asset classes and also pens columns on politics and the development sector. His passions include violin and opera.