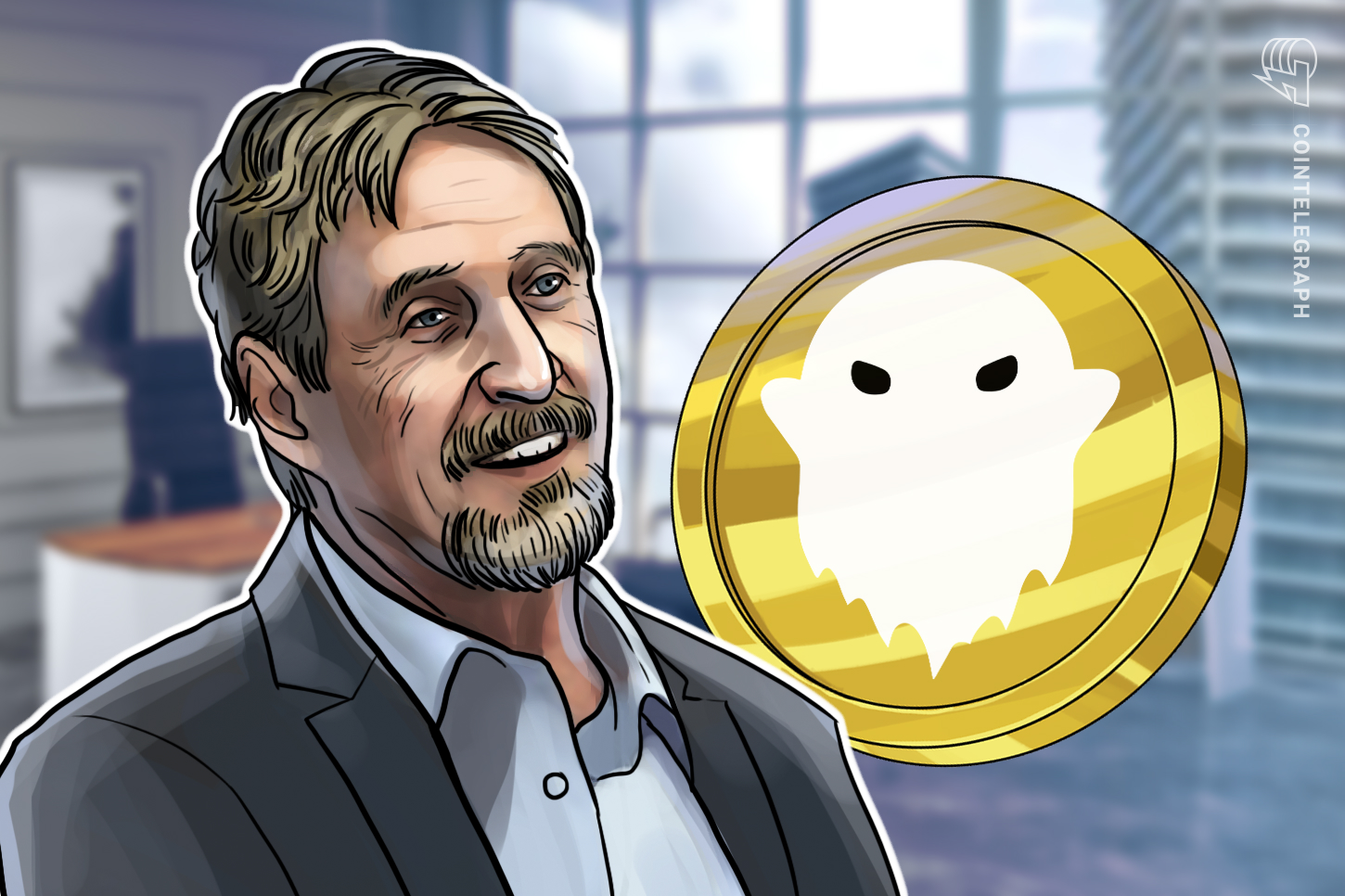 Ghost announced on Twitter that it partnered with crypto payment system ivendPay to deploy the coin in over 60 vending machines around Hong Kong, even those in Hong Kong Disneyland.

“When we 1st launched $GHOST our vision was not only to focus on #Privacy but also on real user adoption,” Ghost said on Twitter.

The controversial and eccentric McAfee came under fire after it was found parts of the Ghost white paper were “copy-pasted” from open-source protocol PIVX’s white paper. McAfee admitted that plagiarism was involved but still threatened to sue PIVX for defamation. PIVX is also planning to launch a zk-SNARKS-based privacy protocol from Zcash in the fourth quarter of this year.