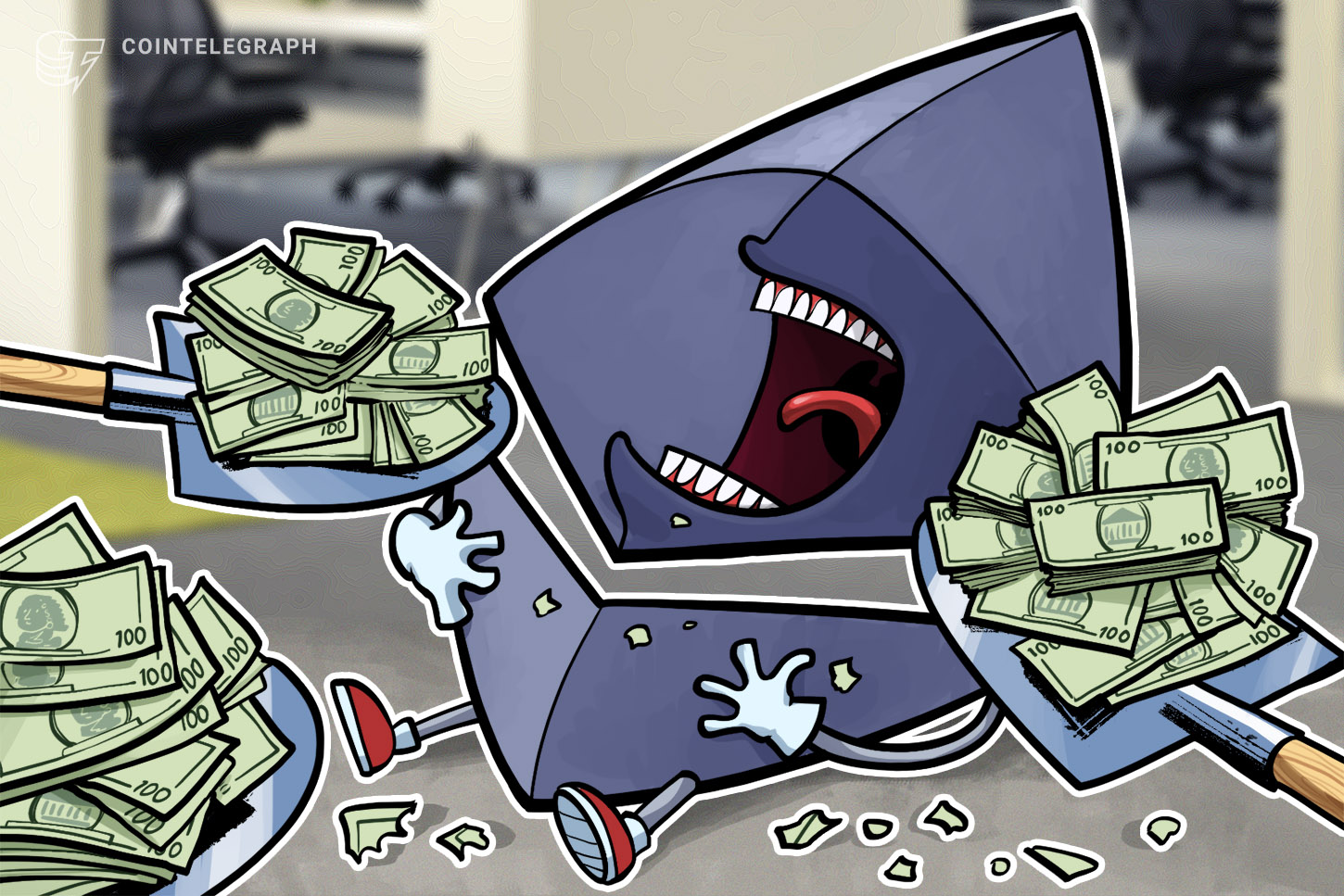 Transaction fees on the Ethereum network have recently reached a new hourly record. According to Glassnode, an on-chain analytics firm, miners on the network earned over $500,000 in just one hour today as Ether (ETH) rallied.

Currently sitting at its 2020-high of $486, Ether rallied 10% today. The spike in network activity is thought to be related to the launch of Sushiswap, a fork of Uniswap which has hit $1 billion in total value locked in less than 24 hours.

The news may sound good for Ether miners whose revenue is increased by higher fees and more transactions. In fact, Ethereum’s network hashrate has been growing consistently, having reached its 20-month high recently, despite the recent controversy regarding a proposal that aims to reduce block rewards by 75%.

However, it points to an ever growing issue in the sustainability of Ethereum in the short and long-term. While DeFi seems to be leading to a renewed bullrun for Ether, it also seems to be the major cause for its technical issues.

As the decentralized finance sector continues to push the activity beyond the network’s limits, congestion on the network leads to a higher number of unconfirmed transactions, longer wait times and to higher fees as users compete to get their transactions confirmed faster. This issue also makes some smart contracts virtually unusable, an extremely crucial problem for the future of Ethereum as a smart contract platform.

While USDT has consistently been the biggest gas spender on the network, decentralized exchange and liquidity protocol, Uniswap, recently surpassed Tether as the smart contract that uses the most amount of gas.

Uniswap also made media waves as it surpassed Coinbase in daily trading volume, showcasing how big DeFi is becoming in the digital asset space.

Transaction costs remain a major issue in crypto as a whole

Ethereum has been having constant issues with high fees and congestion. Recently the network increased the limit of maximum gas per block from 10,000,000 to 12,500,000 gas but it is not the only network whose fees have been rising.

Bitcoin has also seen a substantial increase in the price of transaction fees from less than one dollar in July to $3.53 at the time of writing. The network saw a peak reached on August 6 at $6.47 per average transaction.

Nevertheless, these fees are still somewhat inconsequential for large transactions, as exemplified by a user who paid less than $5 to transfer over $1 billion worth of Bitcoin. However, when it comes to small payments, the current fees (both on Ethereum and Bitcoin) are simply unbearable. The nature of transaction fees has become one of the main arguments for classifying Bitcoin as a sort of “digital gold” rather than a currency.

While transaction fees have been a constant issue for Ethereum, there are a few solutions at work, including an old Ethereum Improvement Proposal (EIP), EIP 1559, which is now being tested in Filecoin, a decentralized file sharing and payment protocol. The proposal has seen success in improving the fee structure of the platform and could, in theory, be applied to Ethereum as well.

While some solutions like the EPI 1559 and even the upcoming Ethereum 2.0. upgrades are still being developed and tested, there are second layer solutions that can help Ethereum’s fee issue right now.

Several layer 2 solutions provide an alternative for simple payments on the network and many of them are already live. Most noticeably, the OMG network, which has recently seen the migration of Tether in order to allow for cheaper USDT transfers.

“The OMG Network supports fast, cheap and safe value transfer of ETH and any ERC-20 token. By moving token transfers to OMG Network, other more experimental and expensive smart contract services can continue to run on Layer-1. Integrating with the OMG Network allows for transaction fees as low as a few cents and validation time of a few seconds while maintaining Ethereum-level security.“

Vitalik Buterin, co-founder of Ethereum, also urged the community to take advantage of these solutions. He tweeted:

“To those replying with “gas fees are too high”, my answer to that is “well then more people should be accepting payments directly through zksync/loopring/OMG”. Seriously, scaling to 2500+ TPS for simple-payments applications is here, we just need to… use it.”