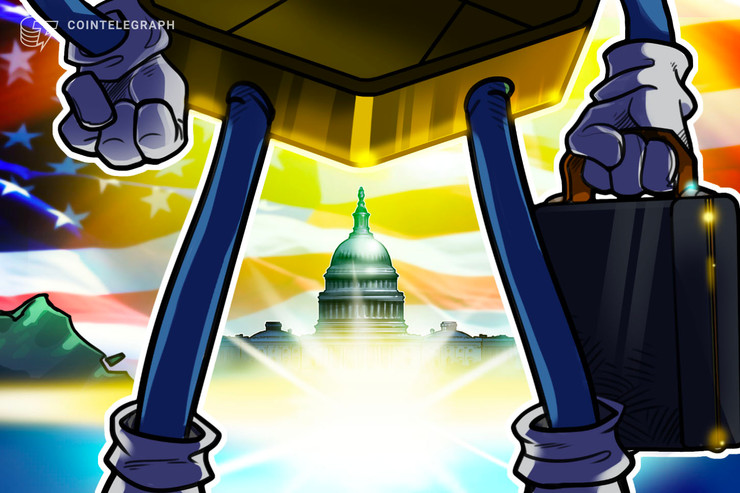 Congress clearly has crypto on the brain, with the question of regulation being a matter of when.

At a Jan. 30 hearing before the Fintech Task Force, a body within the United States House of Representatives, lawmakers were focused on bringing crypto into the conversation.

While some of the written testimony provided by the witnesses before the hearing mentioned cryptocurrencies, the degree to which the industry occupied the hearing was surprising. The members of the Fintech Task Force are clearly looking seriously at cryptocurrencies and blockchain technology as answers to issues of financial inclusion and a sluggish payments process.

A name familiar to many Cointelegraph readers, Rep. Tom Emmer (R-MN), the ranking member of the task force, was the first to breach the subject of crypto. In his opening remarks, Emmer commented that “Apple Pay, Zelle, Square Cash and even Bitcoin are now household names.” Earlier today, Cointelegraph reported on Emmer’s emphasis on cryptocurrencies and the need to support innovation.

In contrast to Emmer’s interest in existing cryptocurrencies, Rep. French Hill (R-AR) centered his questions around a “blockchain-based rail” in the banking system, asking the witnesses: “Can we have an approved regulatory payment rail that’s blockchain-based, that’s available to banks and non-banks equally?”

Kim Ford, executive director at the U.S. Faster Payments Council, answered that such a system would be primarily a regulatory problem: “I don’t think it would be a limitation of technology being able to support that rail, it would actually come down to whatever policy limitations are in place.” She continued to say, “There is inconsistency in the way that blockchain is regulated today.”

PayPal’s head of global public policy Usman Ahmad noted that on some scales, this already exists, saying “For smaller-amount payments I think you are seeing some blockchain-based payments.” Regarding the prospect of greater adoption, Ahmad told Cointelegraph later that “It’s still very up in the air as to what happens in this space.”

Speaking with Cointelegraph after the hearing, Rep. Hill was more confident, saying:

Specifically, Hill was bullish on the prospect of a digital dollar that would facilitate a wide spectrum of transactions “The idea that we have a dollar mechanism that is a token for commercial or consumer transaction is appealing.”

Witness Aaron Klein, a fellow at the Brookings Institute, noted in his testimony that “Our legal and regulatory framework completely assumes that payments are tied to banking.” Rep. Warren Davidson likewise saw the current payments system’s dependence on traditional financial institutions like banks as a matter of convention rather than law. He told Cointelegraph that:

“There’s nothing in current law that requires payment systems to be anchored to banks. They largely are, but as the presence of Paypal, Venmo show, you don’t really need a bank to do that, but it’s hard to pull off without one.”

Davidson continued to present crypto as an alternative. “The crypto space spooks a lot of people because banks have become so integrated into the payment system,” He said. “I don’t know where it’ll go, but the architecture needs to change. I think tokens are a great way to do it.”

Regulation as the choke point

A general consensus emerged throughout the hearing that, whatever the solution, U.S. payments were simply falling behind. Several commentators saw regulation as the sticking point rather than technology. “American adoption of mobile payments continues to lag,” said Christina Tetrault of Consumer Reports. “Unfortunately, payments law is an irrational mess.”

As to the innovations of fintech firms like Venmo and Paypal that put global transmitting power on the smartphones of regular consumers, Tetrault pointed out that the actual transaction framework is not that revolutionary. “There’s nothing truly new with some of these technologies that are passed off as new,” Tetrault told Cointelegraph. “When it comes to the way that stuff is actually moving, it’s almost half a century old.”

Aaron Klein compared American progress in payments unfavorably to that in China. “It pains me to say this, but China’s system is much more efficient, much faster, and has reached a level of adoption that is somewhat mind-boggling,” he said.

When asked about whether the shortcomings of the payments systems in the U.S. were due to technology or regulation, Rep. Stephen Lynch (D-MA) split the difference, telling Cointelegraph “I think it’s both.”

So is crypto regulation inevitable?

Like Hill, Fintech Task Force Chair Rep. Lynch sees crypto as an inevitable component of the conversation. Lynch told Cointelegraph, “I think the answer’s out there, some of it is technology, some of it is maybe light-touch regulation, but it’s a conversation we’re going to have.” Regarding Bitcoin specifically, Lynch was similarly cautious but forward-looking:

“I think there are some open questions about energy consumption for a proof-of-work system, such as Bitcoin. Right now, the adoption hasn’t got to the level where people are using it for daily transactions, necessarily, but we’re early in this process.”

As to prospects for blockchain, Lynch said:

“Blockchain and other technologies — tokenized systems — present the opportunity for instantaneous settlement. It’d be very disruptive of the system, but you lower the cost.”

The principal legislation under discussion was the Payment Choice Act of 2019, sponsored by Rep. Donald Payne (D-NJ), which would fine cashless retail businesses. The basic argument of the bill is that cashless businesses exclude lower-income and minority demographics. These groups are often excluded from financial services and so generally more cash-dependent.

As Rep. David Scott (D-GA) summarized, “Are we doing enough to make sure we address this fundamental problem? According to the most recent statistics there are 58 million unbanked or underbanked individuals out there.”

Rep. Lynch agreed, in his closing statements telling a personal anecdote about leading an ironworker union in Boston that had trouble accessing banks because the banks told them that their accounts did not earn enough money to cover the cost of cleaning the mud that they tracked in. Lynch summarized: “The banking industry has tended to gravitate toward the needs of the wealthy.”

Specializing in this area was witness Deyanira Del Rio, a co-executive director for the New Economy Project, specializing in financial access in New York City. She commented that the ongoing conversation “needs to look at some of the more predatory continuing practices in our system.” As an example, Del Rio pointed to New York State’s strong anti-usury provisions, which she said keep payday loan operators, among others, out of New York city.

Del Rio was, however, not particularly optimistic about the role of technology in solving these issues. In one scathing comment, she said that “For decades companies have evoked innovation as a smokescreen, frankly, to avoid regulation.”

There was a surprising amount of consensus among witnesses and representatives as to the problems facing the unbanked, access to financial services in the U.S. and inadequacies in our current systems for making payments and settling transactions. The differences in opinion seemed to be primarily those of which concerns took priority.

Nonetheless, as far as crypto is concerned, it seems clear that it has become a forefront concern for many members of the Fintech Task Force.

It’s worth noting that, given its area of specialization, this task force is at the forefront of national conversations on blockchain. Nonetheless, it’s safe to say that these representatives, at least, are working on at least establishing a coherent set of definitions and groundwork of understanding, strongly indicating that regulation is, in fact, coming.