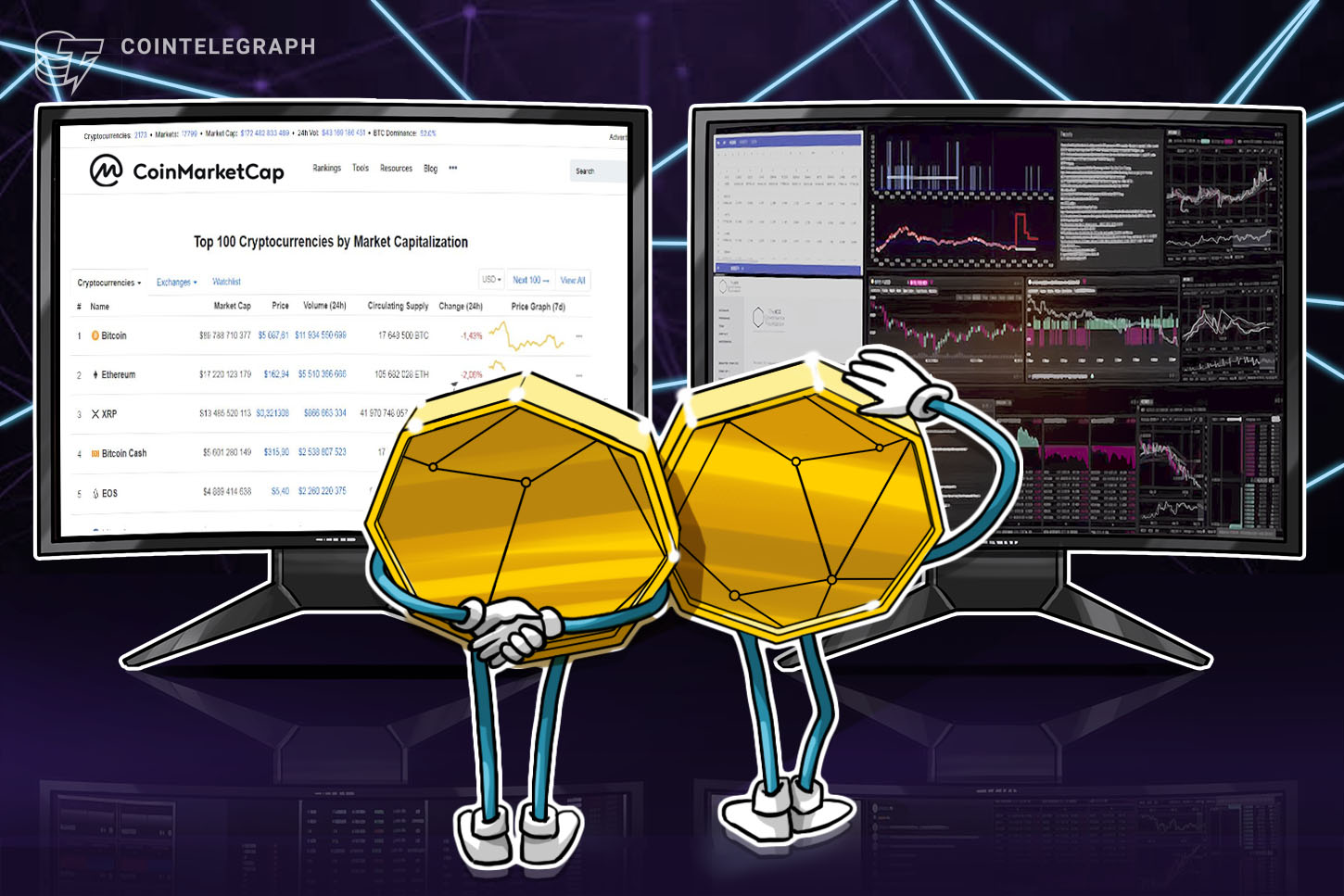 Following the latest CoinMarketCap update which introduced the “Confidence factor” to rank exchanges, users are taking issues at perceived injustices against popular platforms.

A pseudonymous Twitter user going by the name of Cosmonaut called out CoinMarketCap for placing BitMEX, one of the most popular derivatives exchanges, all the way down at the 175th spot.

Such a low position would seem uncharacteristic within CoinMarketCap’s new rankings, where web traffic is one of the primary factors. This update comes after a period of several weeks where exchanges were ranked exclusively by web traffic — which also drew criticism.

According to CoinMarketCap, BitMEX has a near perfect web traffic score of 960, just 40 points shy of the Binance’s maximum of 1000. However, BitMEX’s liquidity score is zero.

While BitMEX was singled out by the community, other popular derivative platforms like Deribit and Bybit share its neighborhood, with rankings as of press time of 177 and 179, respectively.

Indeed, an abrupt change can be seen starting from position 175, after which all exchanges have liquidity scores of zero. Decentralized exchanges like Bancor and Uniswap can also be found further down in the rankings.

When contacted by Cointelegraph, a CoinMarketCap representative explained that the current ranking only takes spot exchanges into account, while promising that derivatives platforms will soon be ranked as well.

However, as pointed out by Cosmonaut, several exchanges in the top 50, like CoinDCX and Huobi Russia, also have liquidity scores of zero, making it difficult to interpret the new ranking mechanism.

A notable exception in derivatives platforms rankings is FTX, ranked 74th. The price aggregator has often been criticized for creating rankings that favor its new owner, Binance. While Binance is an FTX investor, the discrepancy can be explained by the fact that the platform has several spot markets that may be defining its position.

More work left to be done

The previously rejected web traffic metric has been put into question as a reliable predicting factor. Exchanges heavily relying on professional API traders may find themselves at a disadvantage, while the figures themselves can also be manipulated by unscrupulous companies.

As Cointelegraph previously reported, CoinMarketCap has adopted an iterative approach to improving its rankings. The newest criticism suggests that the aggregator’s journey toward more realistic rankings is still not finished.