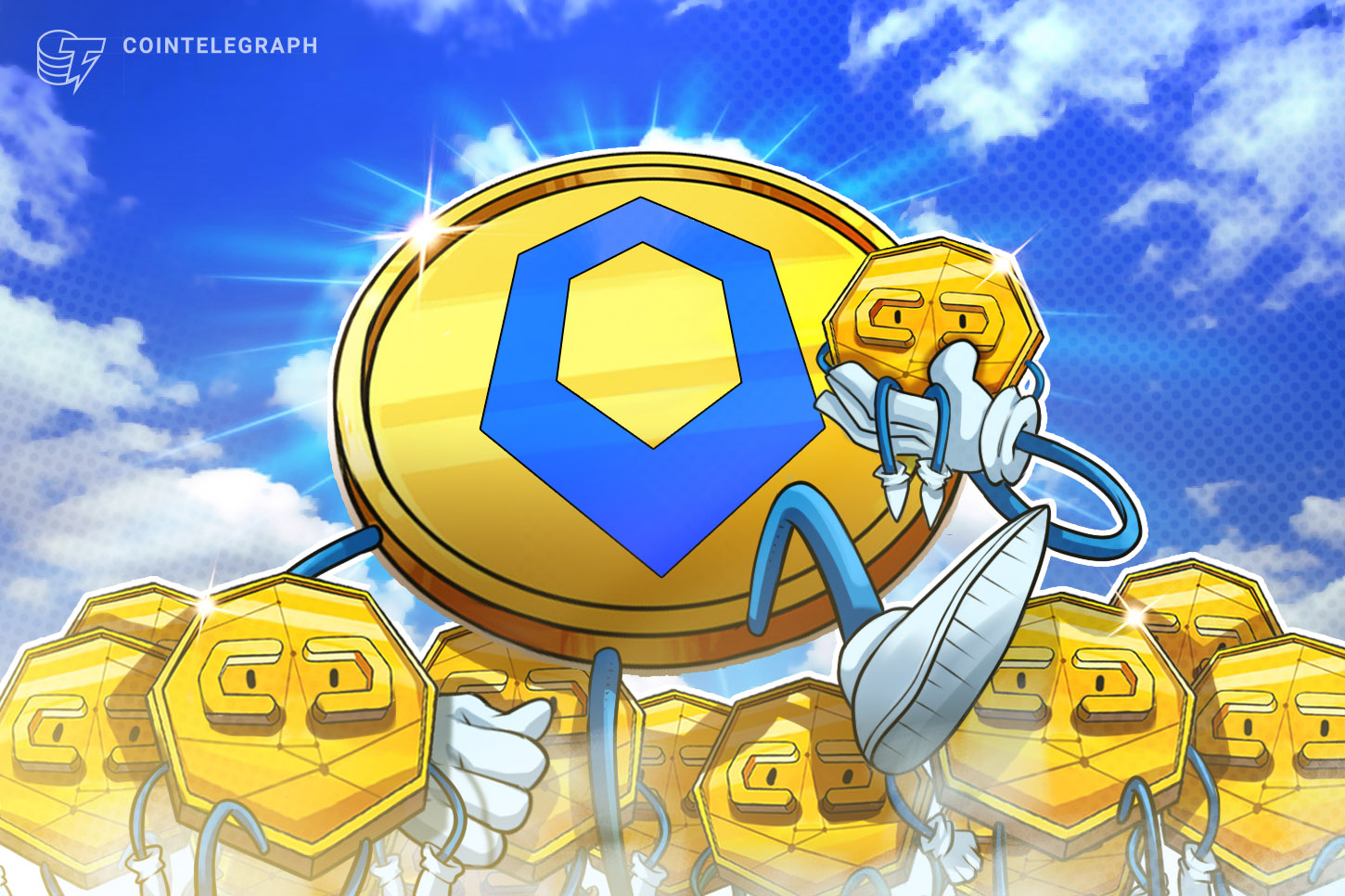 Chainlink’s token, LINK, is once again among the most talked-about altcoins, having surged over 370% year-to-date. In July alone, the now ninth-largest crypto by market cap has gained close to 80%, with blockchain analytics firm Santiment identifying LINK as its top-ranked emerging cryptocurrency.

Amid the price gains for LINK has come talk of a new altseason, especially for altcoins related to the currently booming decentralized finance market. As the DeFi market continues to experience significant growth, the need for decentralized oracles for smart contract protocols, like the type offered by Chainlink, becomes even more important.

On the opposite side of the conversation, critics argue that LINK’s price surge is only a speculative bubble driven by fear of missing out. Despite the growing utility for Chainlink’s oracle solutions, some pundits point to DeFi protocols developing their own in-house oracles as being the death knell for Chainlink utility.

With Bitcoin (BTC) continuing on its range-bound trajectory, some commentators say altcoin tokens might be primed to deliver significant gains. Since peaking at 67% in mid-May, BTC has seen its market capitalization dominance dip slightly, owing to the price gains experienced by several major altcoin tokens.

A blockchain as a self-contained network should, in theory, offer robust immutability, which makes data manipulation difficult. To alter records stored in a decentralized ledger, a rogue actor would need a large amount of computing power. Since the novel tech emerged with the creation of Bitcoin over a decade ago, several other networks have come online offering different functionalities. Nowadays, it is common to see organizations, and even governments, talk about creating blockchain-based solutions for their operations.

Whether these blockchains have any technical merit is a discussion for another time. Assuming they do, their implied decentralization only exists within their network boundaries in isolation. Any interaction with data from another blockchain or “real-world” service often requires a centralized “middleware.” Tainted data from these third-party sources effectively nullifies the fidelity of the blockchain’s data.

Thus, the idea of centralized oracles does not tally with the decentralized ethos of blockchain functionality. Oracles are intermediaries that translate data from off-chain sources to on-chain smart contracts and vice versa.

Chainlink is one of such projects that facilitates the secure and trustworthy decentralization of oracles via a network of nodes tasked with providing accurate information for on-chain smart contracts. Chainlink’s decentralized oracle consists of data purchasers and provides the former with requesting information and the latter acting as providers of secure data. Instead of communicating with centralized services for outside data, blockchain networks need only interact with Chainlink oracles. Providers stake LINK — the native token of the Chainlink network — to bid on information requests made by purchasers.

When a data purchaser submits a query for something like the weather forecast, for example, the Chainlink protocol registers this query as an “event,” creating a service level agreement. The SLA proceeds via three basic sub-smart contracts: a reputation contract, an order-matching contract and an aggregating contract.

Back in mid-June, Cointelegraph reported that Chainlink price oracles were dominating the DeFi space with protocols like Kyber Network integrating Chainlink price data into its token swap market. For an emerging crypto market sector like DeFi, Chainlink should, in theory, offer enhanced connectivity, trusted price data, increased computational ability and robust privacy. Given the broad applicability of the DeFi sector, decentralized oracle services are a must-have with some projects having already developed their own in-house solutions.

Indeed, access to secure and trusted off-chain data is often the bane of many decentralized applications. DeFi applications can hardly function on data available on their native chains alone and often require access to enterprise systems, web APIs and payment systems, among others. DeFi protocols work by way of smart contract execution whose settlement depends largely on several types of off-chain data. Chainlink oracles provide access to these enterprise backend systems to help run the DeFi projects.

By interfacing with several DeFi protocols, oracle networks like Chainlink can also deliver customized data sets like aggregated price indices for major cryptos like BTC, Ether (ETH) and Tether (USDT). Instead of DeFi lending or a money market creating and maintaining price feeds that require constant updates, protocols can interface with these decentralized price oracles.

Data computation is also another problem for DeFi protocols and DApps, in general. Any process that requires input from two or more nodes or oracles means multiple gas fees that will negatively impact the network’s practicality. Decentralized oracle networks like Chainlink should, in theory, offer low-cost data computation via pathways like threshold signatures, which should limit the gas cost for transactions. Part of this low-cost data computation occurs off-chain within trusted hardware that allows nodes to operate in a “black box ecosystem.” Reducing the volume of on-chain transactions while still maintaining security protocols is one of the ways of boosting blockchain scalability.

On the privacy side of things, Chainlink offers solutions like “mixicles,” an oracle mixer that eliminates the correlation between smart contract inputs and outputs. This process makes it difficult for any on-chain observer to match the settlement of a smart contract to its input. Mixicles can provide the necessary privacy to protect things like trading strategies, internal positions, etc., from rogue actors looking to steal such data. The system works similarly to mixers for cryptocurrency payments.

The 80% increase in LINK’s price in July alone has seen Chainlink’s native token become the ninth-ranked crypto by market capitalization. But as is often the case, a surge usually has observers debating whether the current price action is FOMO-driven. For Konstantin Anissimov, the executive director at crypto exchange CEX.IO, LINK’s upward push is a result of initial retail interest front running the market followed by whales looking to profit off the token. Anissimov pointed out to Cointelegraph that the 200% hike in Chainlink network activity occurred as soon as the token recovered from its mid-March slump:

“Once the decentralized oracle’s token began reaching higher highs, investors rushed to exchanges to get a piece of the price action. On July 13th, however, there was a substantial spike in the number of large LINK transactions, which suggests that at this point whales entered the market. Approximately 300 large transactions were registered on this day alone, representing a 1,011% increase from July 11th. It seems like whales were able to give Chainlink the last push from $6 to nearly $9.”

Indeed, as previously identified, three on-chain metrics, including significant growth in the number of active addresses, explain the positive price action for LINK. Back in June, China’s Blockchain Service Network integrated with the project and is reportedly running over 135 nodes.

However, some critics say the meteoric rise in LINK’s price is not due tothe growing utility for the altcoin token. In a now-deleted document, little known asset management firm Zeus Capital classified the recent gains as beingthe result of an elaborate pump-and-dump scheme by Chainlink.

Amid the litany of fraudulent activities ascribed to the Chainlink hierarchy in the 66-page document, the purported asset management firm described the project as being “crypto’s Wirecard.” However, it is important to note that Zeus Capital is reportedly holding a short position with a target of a 99% price decline for LINK.

According to a tweet by TheLinkMarine — a Chainlink proponent — the Zeus Capital report allegedly leads to an executive at lending protocol Nexo. Meanwhile, Nexo borrowed 350,000 LINK from DeFi lending market Aave only two days before the document was published. This purported link between the publisher of the document and Nexo does call the veracity of the claims made in the report into question. Excerpts from the piece seen by Cointelegraph before its removal urged readers to short LINK on Aave.

Possible LINK decline and what about XTZ?

Short sellers disparaging Chainlink aside, there are indications that LINK could be seeing a significant downward retracement. In a conversation with Cointelegraph, Thor Chan, the CEO of AAX — a crypto exchange — opined: “Looking closely at LINK/USD price charts, we can see that the RSI has hit the overbought level, and historically, with LINK, that has led to some steep price drops.” Anissimov also shared a similar sentiment, stating that LINK has entered the overbought zone, adding that:

“Different sell signals are popping up within different time frames, such as the 3-day, 1-day, and 12-hour charts. These bearish formations indicate that Chainlink could be bound for a bearish impulse. However, LINK is currently in price discovery mode, so a corrective period that could see it retest the $5 support level, it will likely resume its uptrend and reach new all-time highs.”

As previously reported by Cointelegraph, LINK and Tezos (XTZ) often move in tandem. In July, XTZ also mirrored LINK’s gains, having risen 35% since the start of the month. With alts like XTZ and Cardano (ADA) experiencing significant uptrends, talk of another altseason has been gaining some traction.

However, Anissimov pointed to the relatively high BTC dominance as an argument against the start of any sustained altcoin resurgence, stating that only when BTC falls below 60%, he will acknowledge the start of an altcoin season: “During the last altseason, BTC’s dominance plunged from 95% to 61.5% within a two-month period between March and May 2017, then it dropped to 50% two months later, and bottomed out at 35% in January 2018.”

While Bitcoin remains tightly range-bound between the $9,000 and $9,200 price levels, altcoins like LINK, XTZ and ADA can see significant upward potential, as investors look for a quick profit. However, the FOMO created by such sudden bullish advances often sees these altcoin tokens quickly enter massively overbought levels. At such points, these tokens become likely to see a bearish divergence form between their spot price action and relative strength index. What follows next is often a massive downward retrace almost as large as the preceding bullish advance.