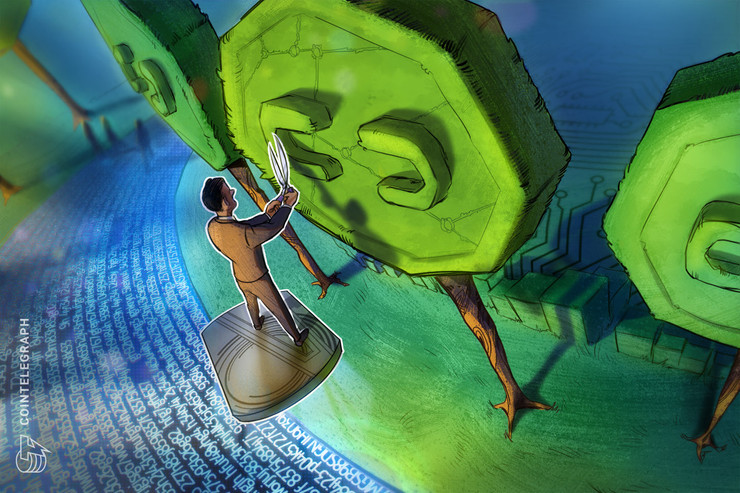 Popular cryptocurrency wallet service and blockchain data provider Blockchain.com has led a funding round in its exchange partner Wintermute Trading.

While the amount of funding is undisclosed, the seed round allegedly involved “seven-figure” investment, a Blockchain.com spokesperson told Cointelegraph on Feb. 10. Additionally, the funding round has also seen participation from blockchain-focused capital market FBG.

Wintermute has been a partner of Blockchain.com since July 2019

The investment comes after Blockchain.com partnered with Wintermute to launch its proprietary crypto exchange in July 2019. Peter Smith, CEO and co-founder at Blockchain.com, explained that Wintermute contributed to the Blockchain.com Exchange with pricing and execution tools.

Smith said in an email to Cointelegraph:

“Wintermute was part of the diverse, global group of market makers on the Blockchain.com Exchange when we launched the platform last July, and continues to act in that capacity. In doing so, they help us provide fair pricing and efficient execution for traders of all sizes around the world.”

Blockchain.com CEO also outlined that Wintermute’s technology is 100% proprietary, adding that their platform was created by experts in algorithmic and high-frequency trading. “They understand the intricacies of market structure, and bring a developer-first mindset when tackling the biggest challenges in trading,” Smith noted.

As part of its investment in Wintermute, Samuel Harrison, managing partner at Blockchain.com Ventures, will join the firm’s board of directors.

Binance, Coinbase and Kraken are also among partners

With the newly raised funds, Wintermute plans to further enhance its technology and continue to build liquid and efficient crypto markets. Headquartered in London, Wintermute was founded by a group of veterans from Optiver, a major Dutch trading firm and market maker. According to the announcement, Wintermute has also been a partner of major crypto exchanges including Binance, Coinbase and Kraken.