More and more people are buying Bitcoin (BTC) since the 2020 coronavirus crash — and it doesn’t matter how rich they are, data shows.

Part of a series of bullish charts circulating this week, statistician Willy Woo highlighted the growth in both high and low-value wallets.

Woo: BTC whales putting money where their mouth is

According to the data, compiled by on-chain monitoring resource Glassnode, Bitcoin whale entities — wallets controlled by a single high-worth individual — keep growing in terms of how much BTC they control.

“Many look at the BTC price and doubt it’s a hedge. High net worth individuals and funds certainly consider it to be true and betting on that with real money,” Woo commented.

“Since this latest round of USD money supply expansion, whales entities have increased their holdings of BTC markedly.” 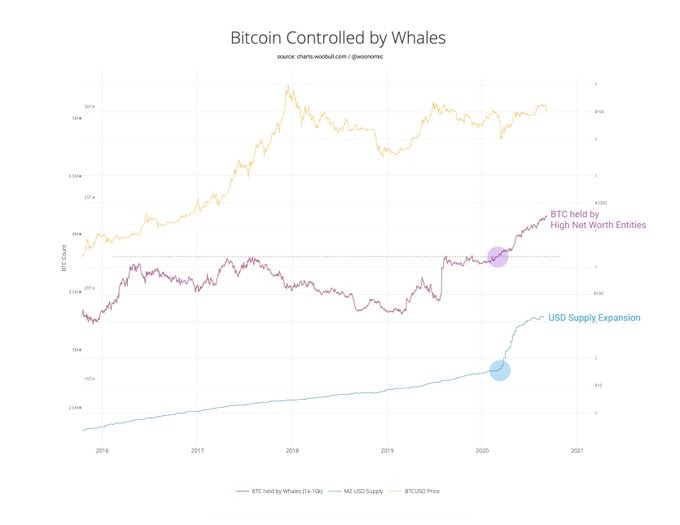 Bitcoin has received considerable attention as a possible safe haven since March, rebounding from 50% losses and maintaining higher levels since. Its fixed, unalterable supply — just one of its fundamental attributes — has formed a particular point of discussion as the U.S. M2 money supply keeps growing, but velocity decreases.

It’s not just whales feeling the need to bet on BTC. Smaller wallets, or “plankton” by comparison, are also showing clear growth.

“Bitcoin is a fast growing country in cyberspace with a population of sovereign individuals who prefer to use BTC for storing wealth and doing transactions,” stock-to-flow price model creator PlanB summarized.

He noted that Bitcoin has approximately 3 million users, making it the 134th largest country in the world, with a “monetary base” — market cap — of roughly $200 billion, ranking 21st globally. 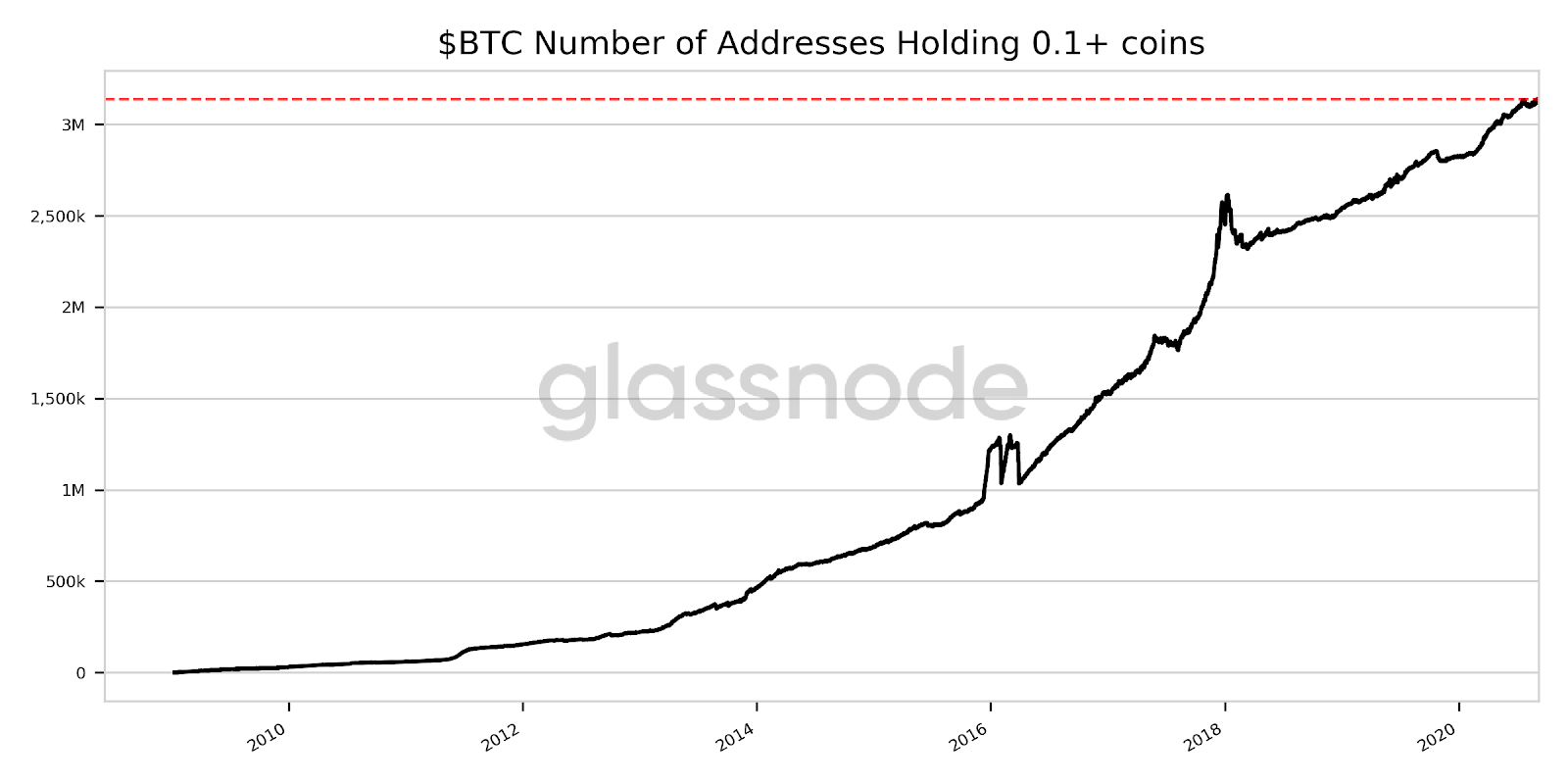 Further signs of accumulation come from existing hodlers. The proportion of the total Bitcoin supply which has not moved in three years or more hit a record 30.9% on Tuesday, Glassnode shows. 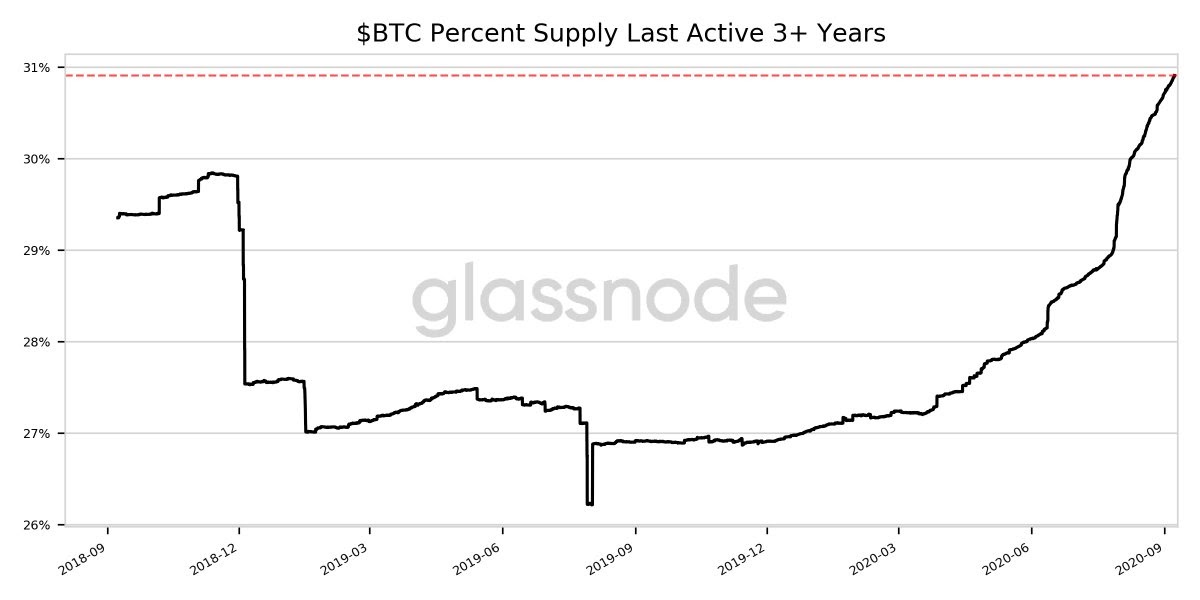 As Cointelegraph reported earlier, exchanges’ reserves of BTC keep declining as users withdraw coins to wallets. According to a new metric from fellow monitoring resource CryptoQuant, meanwhile, buy pressure remains “intense” for Bitcoin at current price levels around $10,000, roughly four months after the amount of newly mined BTC was expectedly halved in May.

Even at lower levels than last week after a 15% drop, however, Bitcoin remains in a bullish long-term uptrend, says PlanB.

The cryptocurrency’s 200-week moving average price, which has never gone down, continues to advance by about $200 per month. Never has a monthly close in BTC/USD been below the 200-week benchmark. 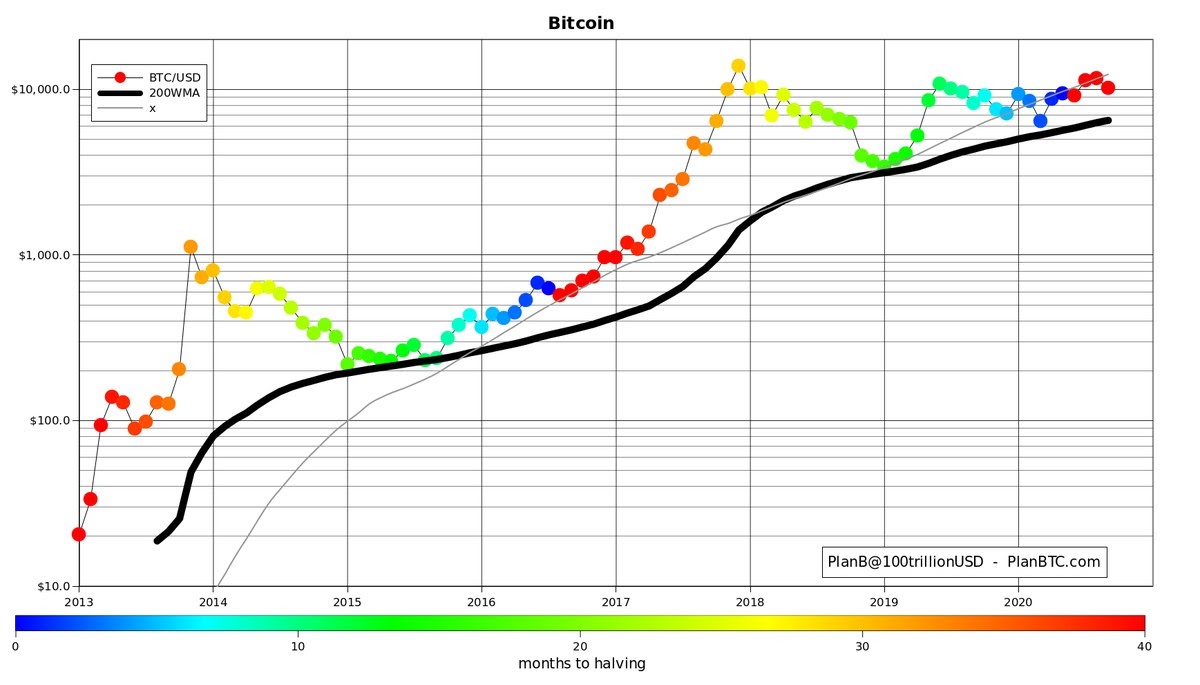 In a sign of continued commitment from miners, the Bitcoin network hash rate is now estimated to have hit a new record of its own — over 150 exahashes per second (EH/s) after a minor 1.21% downward difficulty adjustment on Sep. 7. 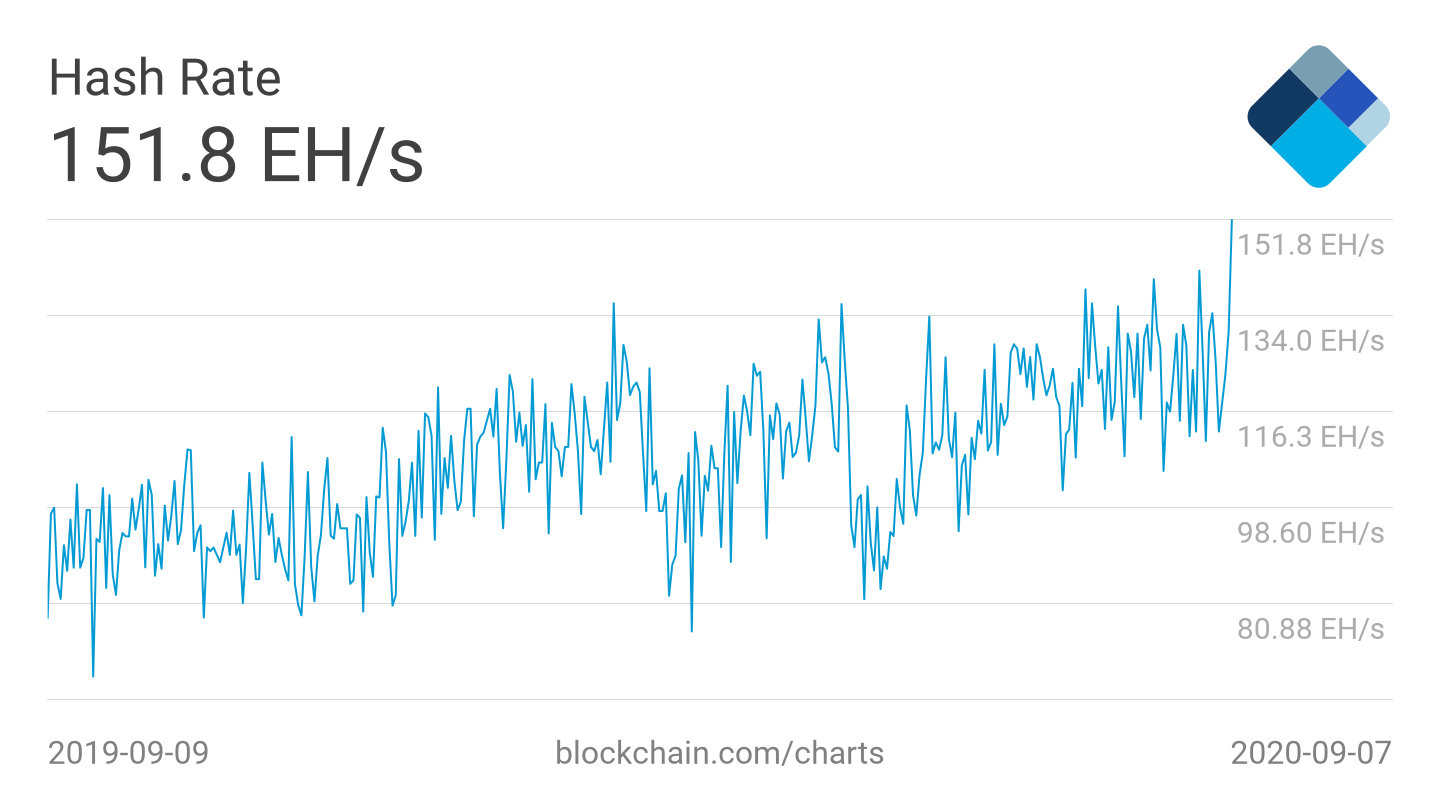