Huge gains in stock markets despite the dire economic consequences of coronavirus may soon be a thing of the past, one analyst warns.

In a tweet on Sep. 4, Mike McGlone, senior commodity strategist at Bloomberg Intelligence, said that gold may soon get the limelight as markets reach an “inflection point.”

“In a battle of the bulls, we see greater potential endurance favoring #gold over the #Nasdaq,” he wrote.

“The conundrum of monetary and fiscal stimulus lifting most assets may be nearing an inflection point, where the increasing certainty of QE and budget deficits firm gold’s foundation more.”

McGlone was referring to the major market phenomenon of the past six months — equities keep going up, even reaching new highs, while central bank interventions in the economy reach unprecedented levels.

Previously, analysts even postulated that stock markets’ value no longer matters due to the extent of manipulation since March.

Gold and Bitcoin (BTC) have both profited from fiat uncertainty since July. 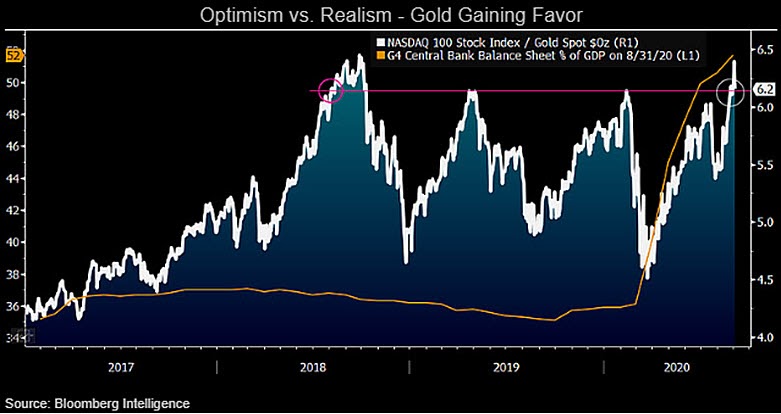 Another curious counterpoint comes in the form of the U.S. dollar currency index (DXY), which recently plumbed two-year lows. For gold bug Peter Schiff, the outlook for the precious metal is likewise favorable thanks to geopolitical shifts as a result of this USD weakness.

Discussing news that China plans to reduce its dollar exposure, Schiff said that, as before, average Americans would end up footing the bill.

“If true this is very significant,” he tweeted.

“In fact, my feeling is that China will reduce its exposure by much more. It’s also likely that other nations will do likewise. That means the Fed is gonna need a much bigger printing press and Americans had better be prepared to really pay up!”

Schiff added that during this week’s retracement, gold won out over Bitcoin, which saw sharper losses. New strength in DXY, however, may yet spell trouble for optimism over both assets. 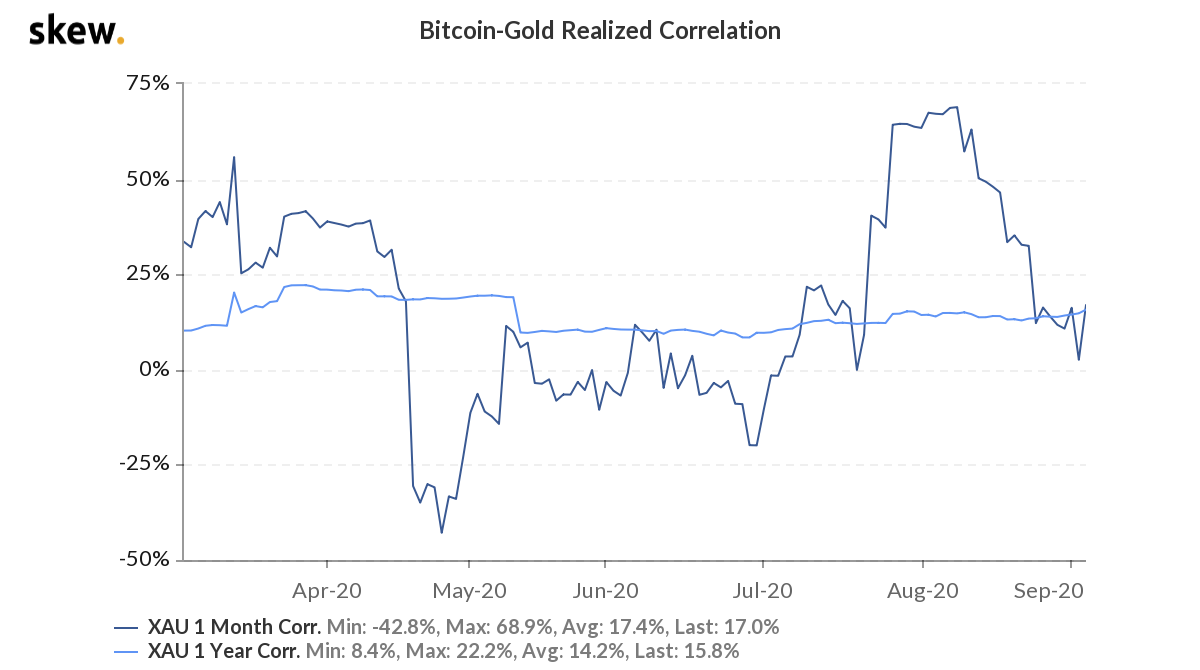 Earlier, Cointelegraph reported on eerie similarities between the current environment and that of 1929, the year of an infamous crash which celebrates its 91st anniversary Friday.