Analyzing the number of entities with holdings of 1,000 BTC or more, both May and June saw an increase of roughly 1.5%.

The number of whales, as defined by this metric, now stands at 1,840, has sharply increased in the week following the halving last month. 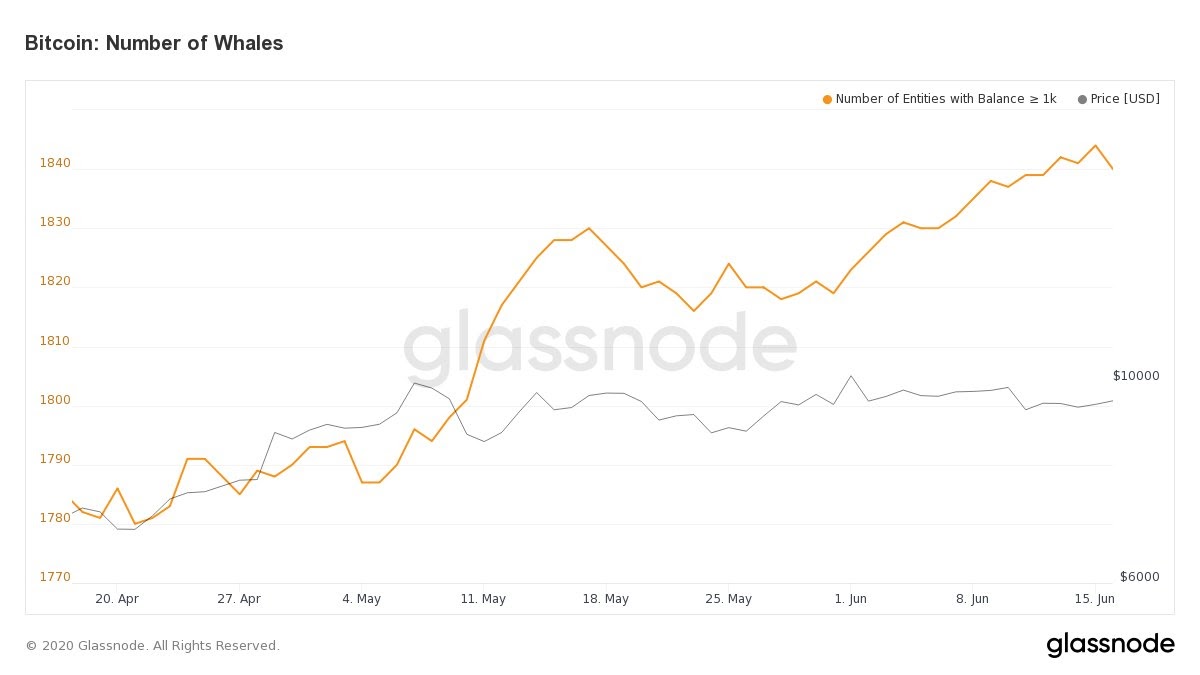 Zooming out, meanwhile, Glassnode’s “Hodler net position change” chart shows that out of the first 170 days of 2020, Bitcoin investors were accumulating on 154 of those days.

Despite wildly varying price action, the mood among long-term investors clearly points to a desire to save, not trade or spend their coins. The net increase in their positions amounts to around 233,000 BTC. 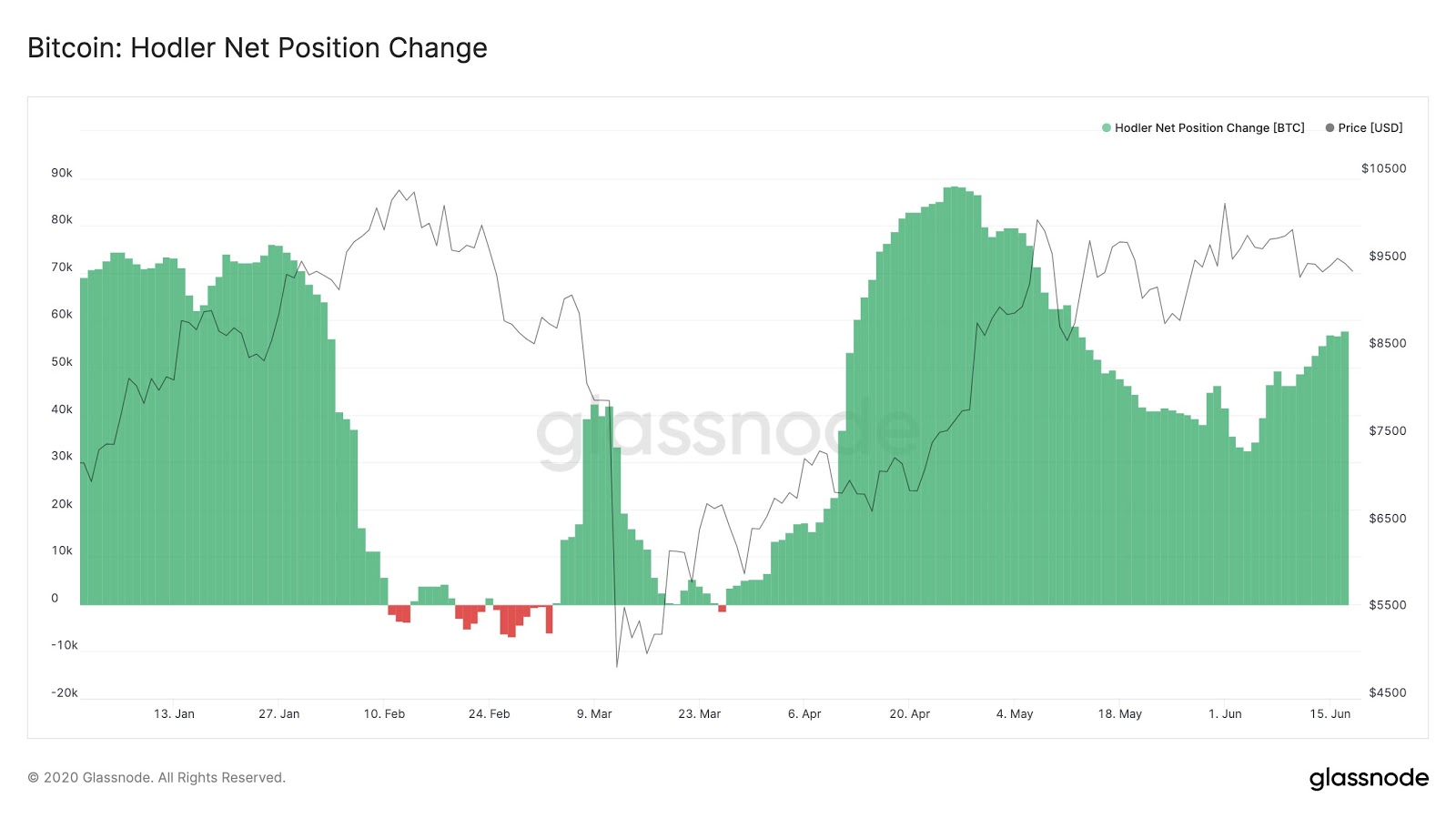 The trend corresponds to other hodler data previously reported by Cointelegraph. In particular, despite the price volatility this year, more than 60% of the Bitcoin supply remained stationary.

For more than a year, the majority of the supply did not move, a phenomenon that began in December 2019 and has remained.

In late May, one analyst went as far as to suggest that Bitcoin’s “accumulation phase” had in fact last far longer — since the all-time highs of $20,000 in December 2017.

Short-term price performance has nonetheless appeared to worry some. Exchange reserves began increasing this week following a long downtrend, in line with volatility, which saw Bitcoin briefly fall below $9,000.