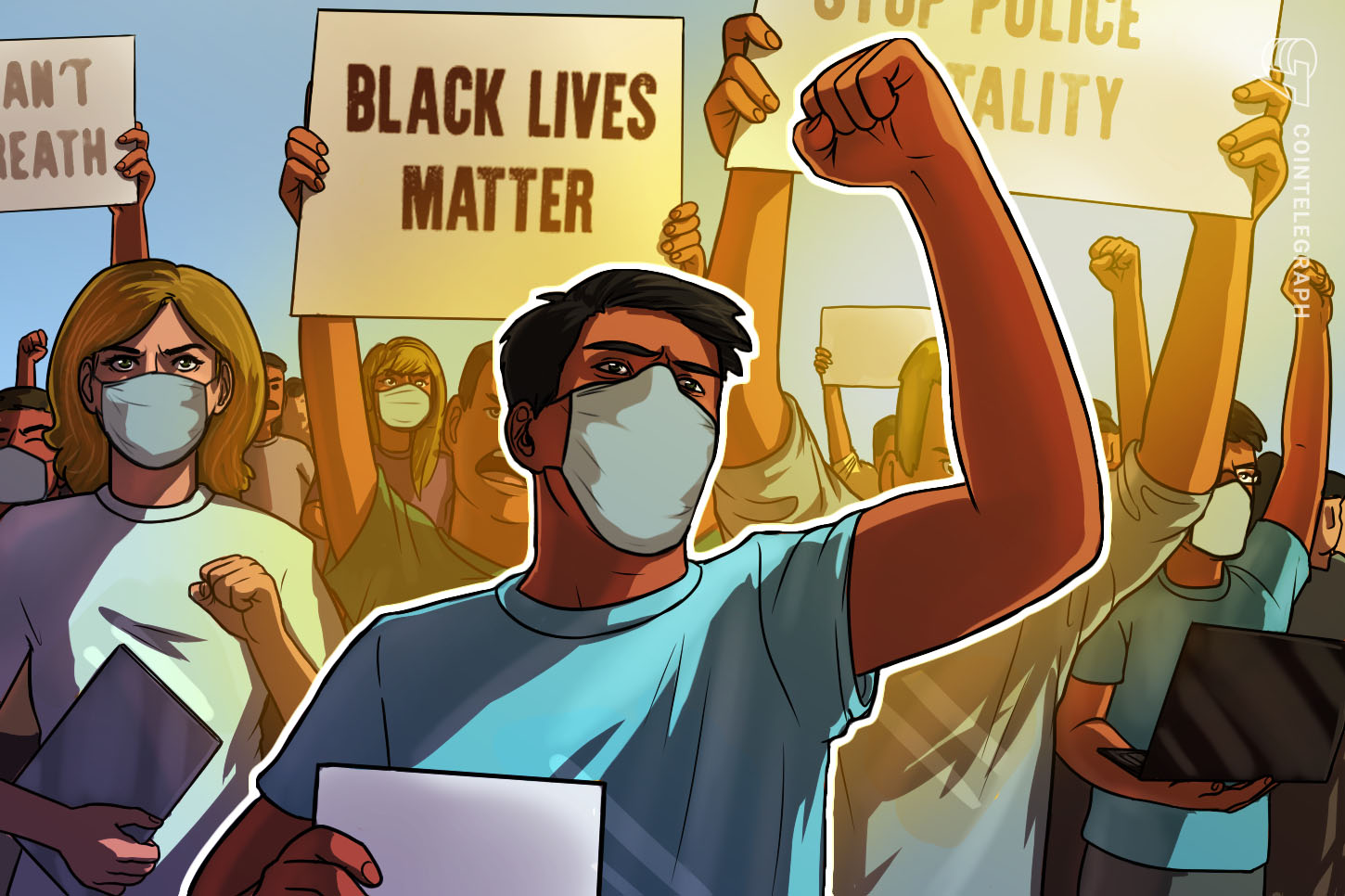 A new project has sprung up to take advantage of the tense situation in the United States and promote a new token.

A massive wave of protests and riots continues to engulf the U.S. following George Floyd’s death at the hands of the Minneapolis Police Department.

While an outpouring of support came from the crypto community as a whole, with many prominent members donating to support black rights activism, some saw this as an opportunity to make a quick buck.

The result is the launch of a “George Floyd Token,” or FLYD. Its website asserts that the memory of George Floyd will “live on forever” thanks to the token, while its main pitch is that of a “secure way of funding empowerment.”

Despite the calls for immortalizing Floyd through blockchain, it is not a collectible, or non-fungible token. FLYD is a standard ERC-20 that the project’s “vision paper” hopes will “help protesters and activists accept more than one payment stream if they need assistance.”

The founders have announced a series of airdrops in hopes of attracting the attention of buyers on Uniswap, where they launched a FLYD to Ether (ETH) pair. They promised to devote a portion of the proceeds from their scheme to the Floyd family and “the BLM movement.”

While the Black Lives Matter movement does have a centralized entity that has formed guiding principles, organizes chapters and accepts donations, the organization is largely decentralized.

The FLYD project does not specify how recipients within the BLM organization will be chosen.

Cointelegraph has attempted to contact the project, but has not received a response at press time.

The role of crypto in protests

As Cointelegraph previously reported, a person was photographed holding a “Bitcoin will save us” sign during the protests, which many in the community consider to be of bad taste.

Speaking about recent events, co-founder of Ethereum Vitalik Buterin expressed his view that cryptocurrency is not just protest money, highlighting other forms of decentralization enabled by censorship-resistant blockchains.

Nevertheless, Hong Kong protests in 2019 resulted in a local surge of interest toward cryptocurrencies.