Chainlink (LINK), one of the best-performing alternative cryptocurrencies (altcoins) in 2020, saw another statistic reach a record high, namely the number of Twitter followers.

According to market data and research firm CryptoCompare, social media followers of the project are continuously surging past new highs. Researchers at CryptoCompare wrote:

“LINK has been one of the standout altcoin performers of 2020 and seems to be going from strength to strength. Its social media followers seem to be growing in tandem as it gains popularity.” 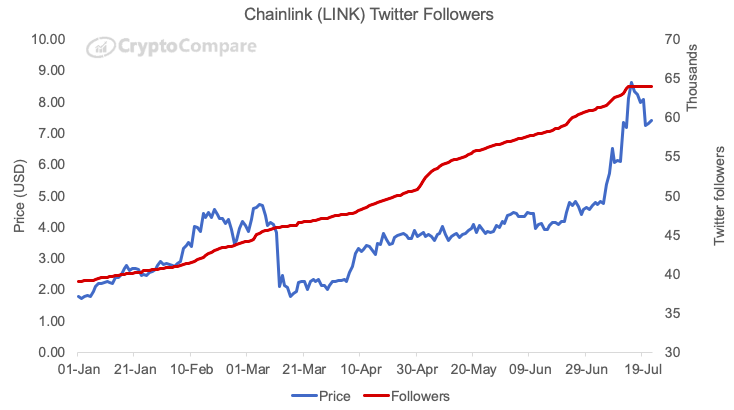 Social media metric is not a conventional way to measure a cryptocurrency’s trend. But it could indicate a strengthening community and improving market sentiment. At the same time, Bitcoin’s Tweet Dominance remains well above LINK’s at 41.5% to just over 5%, respectively. 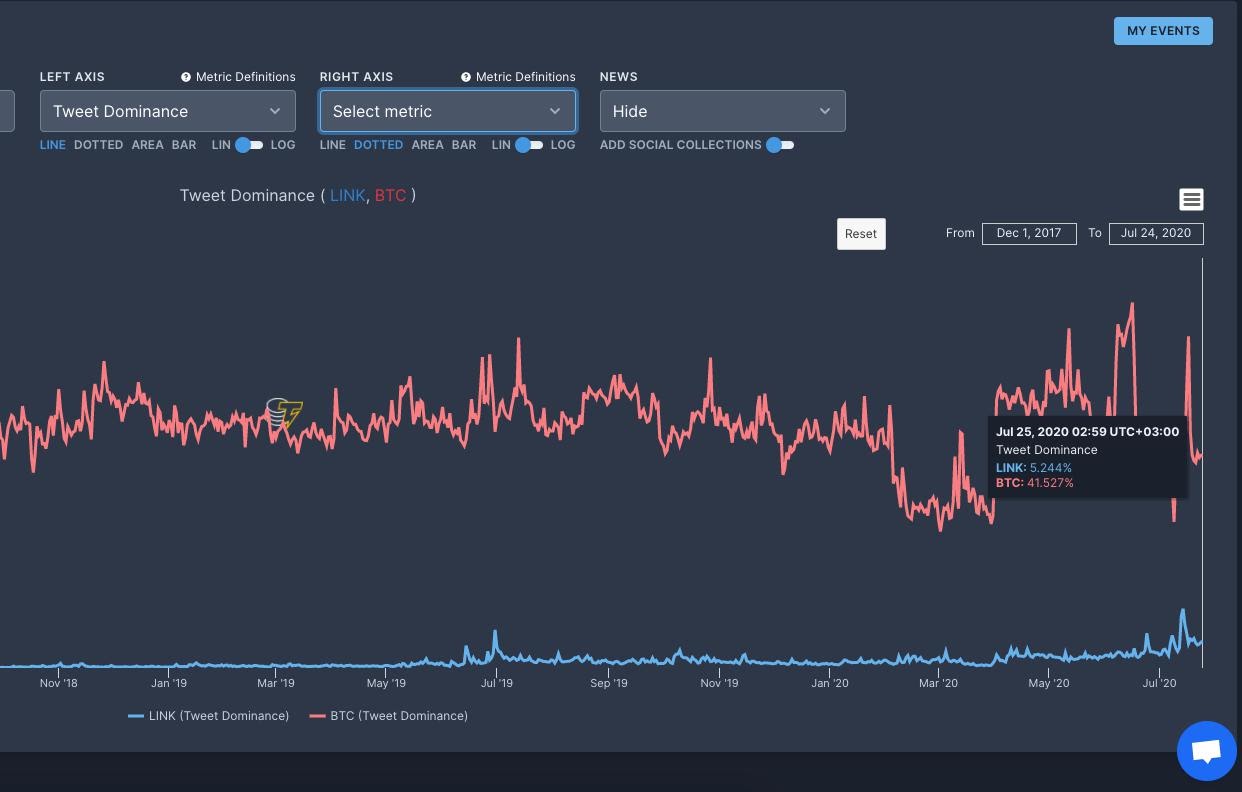 The community’s sentiment around Chainlink appears to be improving due to two factors, namely new partnerships and the growth of Decentralized Finance, or DeFi.

DeFi protocols have two options: use existing oracle service providers or build their own oracles. The latter is more compelling because it saves costs for projects. So far, DeFi protocols like Aave and Synthetix are working with Chainlink.

“I think part of composability is that you don’t have to build everything by yourself. Chainlink’s oracle is very good, and it’s part of this whole composability idea, it’s vital.”

“You could even say duty as a telecom company to be a public blockchain network infrastructure provider,” Gleb Dudka, Analyst at T-Systems MMS, said in a recent interview with Cointelegraph.

Where does LINK go from here?

LINK remains as the only top-30 cryptocurrency in the world to be down less than 20% from record highs.

After a strong performance in July, during which it hit a new all-time high, technical analysts are cautiously bearish. 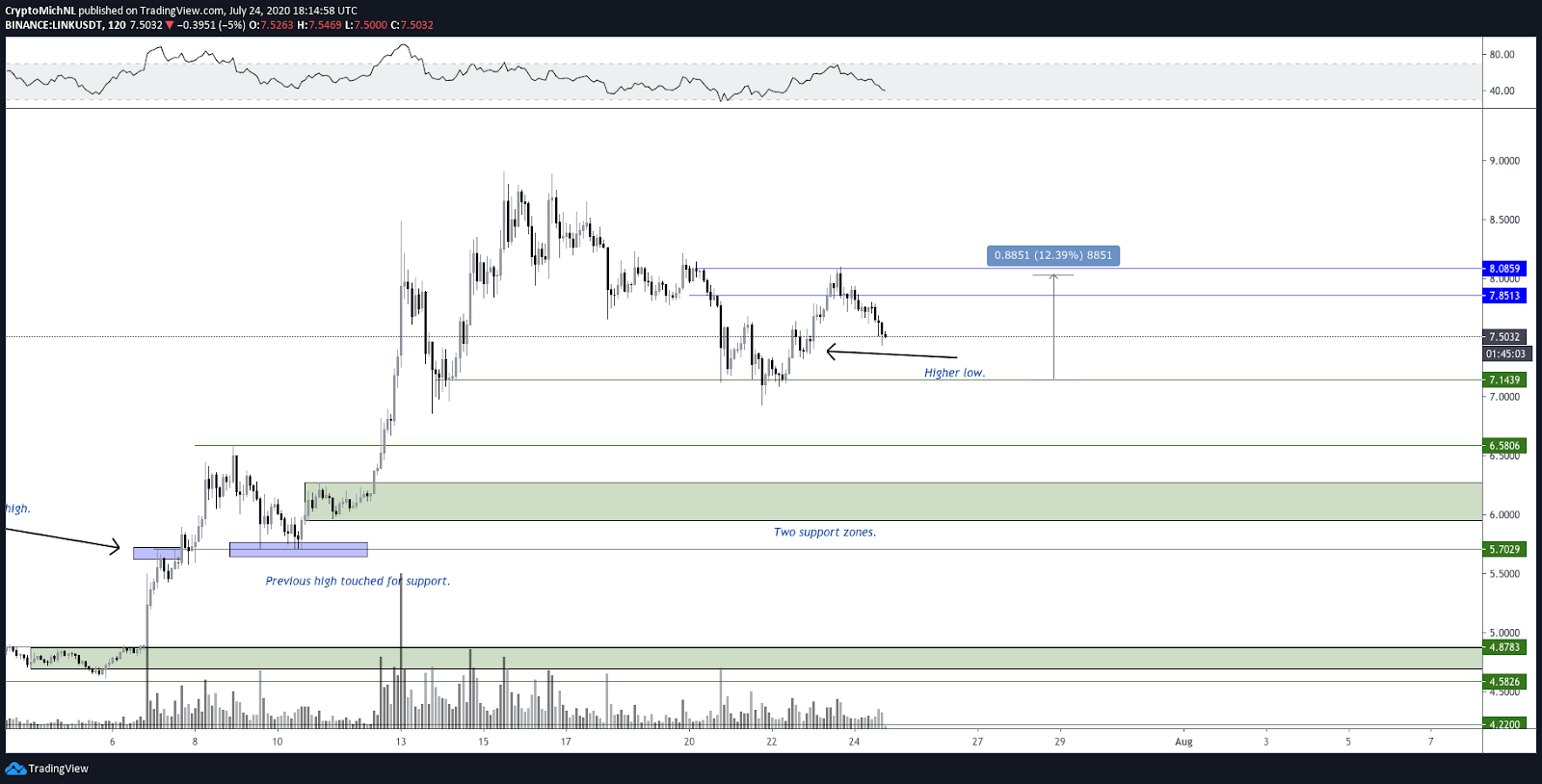 In the short-term, Michael van de Poppe, a full-time trader at the Amsterdam Stock Exchange, said LINK could pull back after a rejection.

“And rejected at $8. Might be on a slight support now, otherwise, we’re going to test the lows around $7.15 again,” he noted.

For now, the market appears to be short-term cautious and medium-term positive, based on strong fundamentals, rapid DeFi growth, and high-profile partnerships.